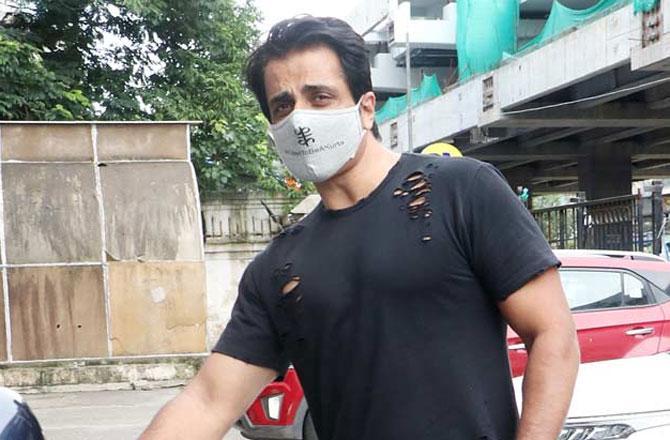 Recognising the humanitarian work by actor and philanthropist Sonu Sood during the coronavirus pandemic, the locals of a Telangana village with the help of the Siddipet district authorities have constructed a temple in his honour.

The temple with an idol of the actor was inaugurated on Sunday in the presence of the sculptor and locals. An aarti was performed, while women, dressed in traditional attires, sang folk songs.

Giri Kondal Reddy, a Zilla Parishad member, said Sonu Sood has been doing a lot of good work for the public amid the coronavirus pandemic.

“As he has attained the place of god by his good deeds, we have built a temple for Sonu Sood. He is a god for us,” he said.

Ramesh Kumar, who was part of a group that planned the temple, said Sood has helped people across 28 states in the country, and even received an award for his humanitarian acts.

“The way Sonu Sood has been helping people since the lockdown due to the pandemic has not just been recognised by India but by the world. He received SDG Special Humanitarian Action Award by the United Nations. So, on behalf of our village, we decided to build a temple for him. Like Gods, prayers will be offered to Sonu Sood too,” he said.

Madhusudan Pal, the sculptor, is elated to make the idol ofSood. “The actor has made a place in people’s hearts with his helpful nature. I have also created a small idol of him as a gift for him.”

A local says, “He helped so many people during the pandemic. It’s a matter of great delight for us that we’ve constructed his temple.” (20.12.2020) pic.twitter.com/XZoj6x55pq

Sood has helped crores of underprivileged Indians by arranging safe road travels for migrants stranded in various parts of the country to reach their homes.

He later launched a job portal for the migrant labourers by collaborating with several employment providers.

The 47-year-old actor has been helping people reaching out to him through social media.