A Unique Alliance Could Help Warn Us of Toxic Algae 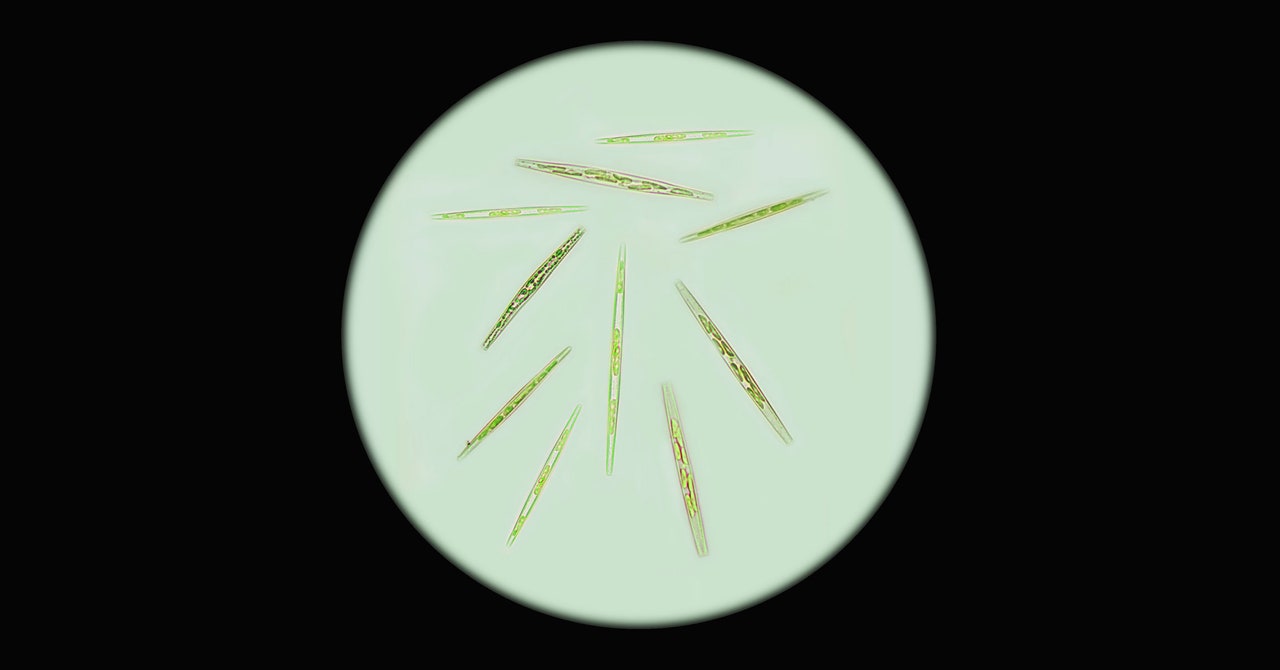 In 1991, Frank Cox, a biotoxin coordinator for the Washington State Department of Health, went digging for razor clams. He packed up his haul and sent the shellfish to a state lab to check for paralytic shellfish poisoning, the only marine toxin known to appear on that part of the coast.

The lab ground up the shellfish and mixed the tissue with solvents. Then, they injected the slurry into mice, a common testing technique at the time. But the mice started to do something peculiar. Instead of gasping for breath or dying—standard symptoms of paralytic shellfish poisoning—the mice started scratching behind their ears. The symptom, though seemingly innocuous, revealed a disturbing new toxic threat: Domoic acid had arrived on the West Coast.

Domoic acid is a deadly, naturally occurring neurotoxin produced by Pseudo-nitzschia, a genus of planktonic diatom or single-celled algae. When that algae is eaten by other marine animals, like mussels, clams, and Dungeness crabs, the acid concentrates in their digestive tracts and internal organs. And when those tasty marine treats are ingested by humans, the domoic acid can make people sick, causing headaches, stomach cramps, nausea, and diarrhea. In more severe cases, patients might also experience seizures, coma, and even short-term memory loss, which is why the illness is also sometimes referred to as amnesic shellfish poisoning. After the world’s first occurrence of domoic acid poisoning in 1987, three people died.

So when state officials found out what was happening in those mice in the lab in Washington, they quickly closed the entire state’s coastline. Electronic signs on the highway warned visitors away from clamming, and the Washington Department of Fish and Wildlife sent armed officers to patrol the beaches. “The public didn’t know what the heck was going on,” says Vera Trainer, an oceanographer at the National Oceanic and Atmospheric Administration (NOAA) who studies harmful algal blooms in the Pacific Northwest.

She says at the time, there was a huge amount of suspicion and anger from members of the coastal communities, which include many indigenous tribes that rely on the shellfish harvest for food and income. “People said, ‘Oh, the government’s just saying this because they don’t want us to have fun. They don’t want us to collect what’s due to us,’” says Trainer.

Since then, toxic algal blooms that create domoic acid have continued to force the closure of state beaches. A few times, once in 1998-1999 and again in 2002-2003, the beaches remained closed for the entire clamming season. Now, in a paper out this month in Frontiers in Climate, Trainer and her colleagues find that climate change could also be affecting the frequency and severity of these blooms; they write that a heat wave that lasted from 2013 to 2015 has made the blooms even more common. But the paper also describes a solution: a unique partnership in which scientists and coastal community members can contribute to monitoring and managing these now perennial toxic blooms.

“It’s maybe not the perfect, wonderful answer that everyone wants,” says Trainer. She acknowledges that scientists haven’t figured out a way to end the blooms—and that they may never go away. But she says other types of progress have been made. “We are just getting much better at learning to live with these,” she says. “Yes, we’re finding them in more places. They’re more intense. We need to control climate change. But in the meantime, we can work with people on the coast to develop these systems that are going to help us still gain access to safe shellfish.”

Pseudo-nitzschia are found in oceans all over the world, but the area around the West Coast— from Northern California up to Washington—is particularly suited to creating blooms. The topography of the ocean floor and the coastline create retentive zones, areas where the water eddies and swirls, bringing all kinds of phytoplankton and algae, including Pseudo-nitzschia, up to the surface where there are plenty of nutrients and sunlight to help them grow. Trainer describes these as “little mini ocean Crock-pots.”