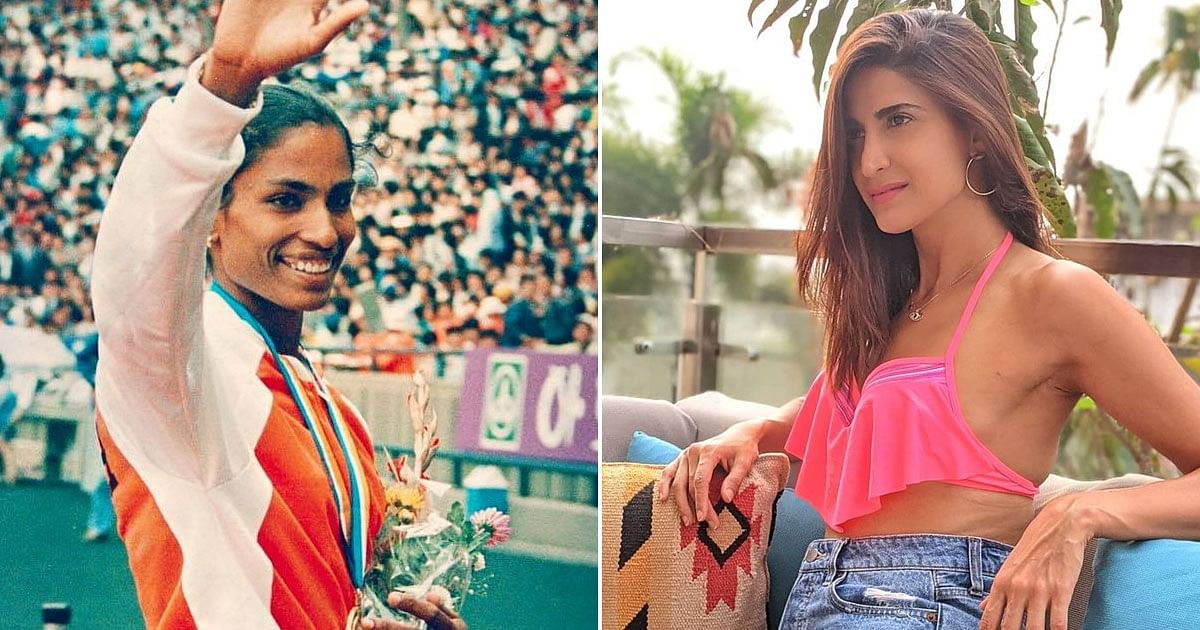 Actress Aahana Kumra met sprint legend PT Usha recently, and the meeting has inspired her to work extensively for an athletic built. Read on to know what she said.

“Who knew meeting PT Usha would become an inspiration. It’s a great feeling to work so hard on my body and attain that kind of a physical built. I’ve been running intensively every day for 15 to 18 kilometres and really enjoying the process,” Aahana told IANS.

Unconfirmed sources have suggested that the actress might be in talks to star in a sports film.

In a recent conversation with IANS, Aahana Kumra opened up about wanting to play an athlete on screen. She said, “It is a good time for us to explore different characters and meaty roles thanks to the revolution in the digital entertainment space. But I think we girls do not get the chance to play characters of athletes that much. I want to play a sports star, be part of a sports film in which I get a chance for physical transformation,” Aahana told IANS.

The actress was recently seen in Rohan Sippy’s sitcom, ‘Sandwich Forever’, opposite Kunaal Roy Kapur, and also featuring Atul Kulkarni and Zakir Hussain. She will be next seen in the quirky slice-of-life film ‘Bawri Chhori’. She is also set to make her podcast debut with a show titled ‘I Hear You’. Aahana also has a remake of the popular French television drama ‘Call My Agent!’ lined up.

Must Read: Varun Dhawan & Natasha Dalal’s New Home Is Straight Out Of Our Dreams, Video Inside!