Home EntertainmentTV Aamir Ali on his mystery woman post: People assume that it’s got to do with my personal life | Bollywood Life

Aamir Ali on his mystery woman post: People assume that it’s got to do with my personal life | Bollywood Life 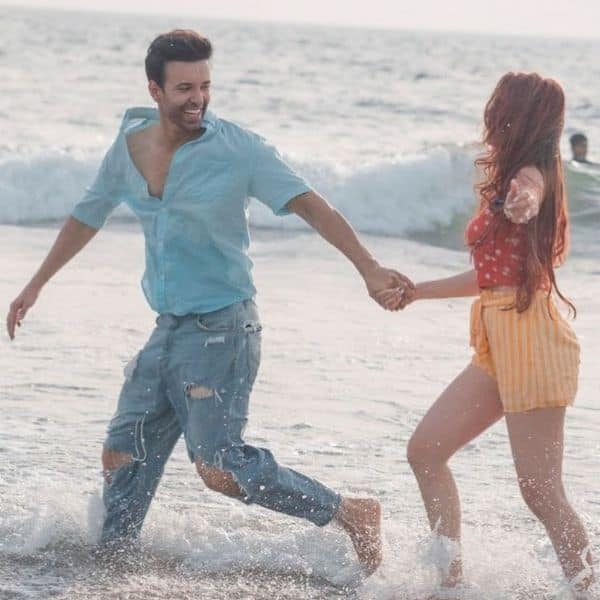 A couple of days ago, Aamir Ali had shared a picture with a mysterious lady. The post grabbed a lot of attention and right from media portals to his friends and a few relatives too called him up and asked about the mysterious woman in his life. However, they were in for a shock and surprise as Aamir was talking about a music video and this is the first time he had collaborated with the actress. It is now a known fact that the mysterious woman is none other than Tere Sheher Mein actress Hiba Nawab. Recently, Aamir Ali opened up on all the hullabaloo over his one post in an interview with ETimes. “My phone hasn’t stopped ringing since that day. But no, there is no personal story behind the picture. It’s from a music video that I am a part of,” Aamir told the portal. Also Read – Aamir Ali leaves fans puzzled with loved-up pictures with a mystery woman? Is she Pearl V Puri’s ex-girlfriend Hiba Nawab

He expressed nowadays on social media people tag certain notions with the post. “Unfortunately, nowadays whatever I post, people assume that it’s got to do with my personal life. I used to post the same things even earlier, but at that time, this never happened. Everyone knew it was connected with work. But now, if I post a song, which is an emotional, romantic number, I get a lot of comments. Not just that, I even have friends messaging me and telling me to take care and move ahead in life. And I tell them, ‘Relax, I just loved the song!’ Of course, it’s nice to see that people care so much for you and I am grateful for that,” Aamir Ali said. Also Read – Christmas 2020: Remo D’Souza dances with Aamir Ali; wife Lizelle thanks Salman Khan for being ‘an angel’

Aamir Ali and Sanjeeda Shaikh had been married for years before calling it quit about a year ago. Which is one of the reasons why people thought that the post was based on his personal life. When asked about it, the actor said, “I am not comfortable talking about my personal life.” However, he did gush about his daughter Ayra. “Ayra is my meditation. I look at her and I forget everything; she brings me peace,” Aamir said. Also Read – Remo D’Souza strikes poses in the hospital after suffering heart attack; Aamir Ali says, ‘My brother is back’

Aamir Ali also opened up on the year 2020 saying, “Last year was very tough for all of us in different ways, but I was fortunate to end the year on a good note professionally.” The Kya Dill Mein Hai actor opened up on shifting to digital space from television, saying, “It’s not easy to switch gears from television to the digital medium; one has to almost unlearn the craft, but I’m happy with how things have shaped up for me. I’m looking forward to 2021, and all I want to do now is explore more as an actor and have fun.”