Aamir Khan to work in a sports film soon? 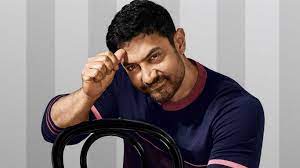 Looks like Aamir Khan will be working on a sports film soon.  We hear the super star is already in talks with Shubh Mangal Savdhaan director RS Prasanna. The director and the actor are in talks for a sports film which is high on drama and human emotions. The actor is kicked about this project and has already had some five to six meetings with the filmmaker.

Nothing has been officially said or signed yet but by the looks of it, it’s a yes from Aamir Khan.  The last sports drama Aamir starred in was Dangal. The film created a hysteria at the box-office and won several awards.