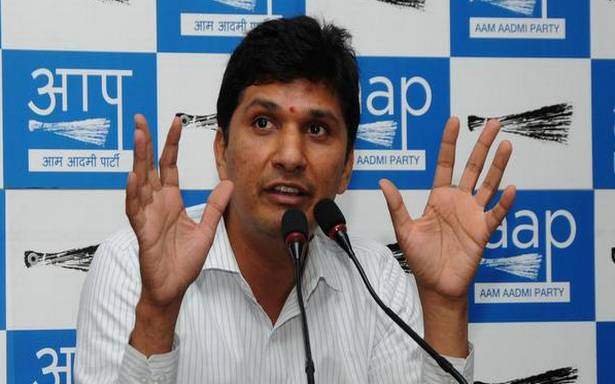 It was done on Amit Shah’s directions, says party.

The AAP on Thursday alleged that “BJP’s goons”, on Union Home Minister Amit Shah’s directions, attacked senior AAP leader and Delhi Deputy Chief Minister, Manish Sisodia’s residence earlier in the day when he was not present.

Six people have been arrested in connection with the incident and police have registered a case, said Eish Singhal, Delhi Police PRO.

The party claimed that the attack was done with the support of the police present at the spot.

“I strongly condemn the systematic, organised and violent attack on Dy CM Sh Manish Sisodia’s home. The goons entered his house in police presence when he was away. Why is BJP getting so desperate by the day in Delhi?”, AAP chief and Delhi Chief Minister Arvind Kejriwal said in a tweet.

Earlier in the day, AAP chief spokesperson Saurabh Bharadwaj said at a press conference, “When the Deputy Chief Minister was not present at his house, BJP workers, who can be called ‘BJP’s goons’, attacked his house a while back, when only women were present”.

He alleged, “Home Minister Amit Shah, through his police, seems to be ready to kill family members of the elected Chief Minister and Deputy Chief Minister of Delhi”.

At the press conference, the party showed CCTV footage of a group of protesters entering the gate of Mr. Sisodia’s residence.

The Delhi Police is under the ambit of the Central government.

AAP leader Atishi said the attackers had “police protection”. “Amit Shah had sent the goons and gave directions that the Deputy Chief Minister’s family should be attacked”, she alleged. Officers, who were present at the spot, had gone with the CCTV footage to file an FIR, she added.