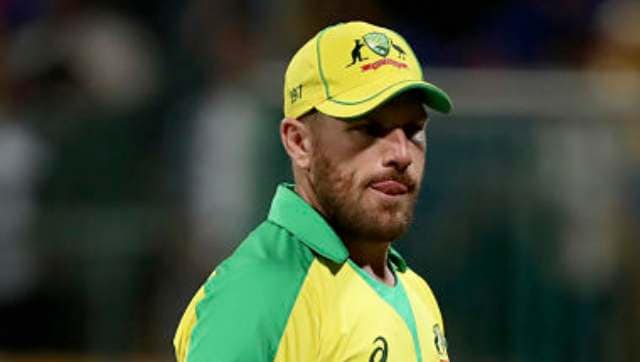 Melbourne: Australia’s limited-overs captain Aaron Finch has become the latest big name in world cricket to raise concerns over playing regularly in bio-secure bubbles, saying “being locked up for months is unsustainable” for cricketers with families.

Cricket in bio-secure environment has become the norm amid the COVID-19 pandemic.

Finch, who has spent the majority of the last nine months in quarantine, bubbles or government-imposed lockdowns, suggested Cricket Australia must consider a way out to manage multi-format players in the current circumstances.

“My wife worked it out the other day that I’ve had 20 or 21 days since April that I haven’t been in lockdown or in a bubble,” said Finch, who plays ODI and T20 cricket for Australia.

“If COVID bubble and hubs continue for a long time, that will be something that’s looked into, no doubt. The welfare of players is paramount and being locked up for months is pretty unsustainable, when you’re away from your families and your families can’t travel.”

Finch, however, said things can be different for different players.

“That will be individual as well some guys who are married with kids will find it tougher than a young single guy, for example. We just have to monitor everything in that regard,” said the 34-year-old, who has not played a Test match since 2018.

He said he needed a break before flying to New Zealand in a fortnight for a T20 series. Australia are set to leave for New Zealand on 7 February, with the five-match T20I series starting on 22 February in Christchurch.

“I’m going down to the beach for a few days to relax. My kit bag won’t be coming out of my car, I can tell you. It will be locked away.”

Finch, who recently led Australia in ODIs and T20Is during India’s tour Down Under, believes England’s model of squad rotation could be a blueprint for Australia.

England, who will play 15 Tests during the calendar year including tours of Sri Lanka, India and Australia for an Ashes campaign, have introduced a rotation policy that will see the likes of Jofra Archer, Jos Buttler and Ben Stokes miss Test matches during that time.

“If you’re playing a few formats of the game, there’s going to need to be a chop-out from selectors and Cricket Australia,” said Finch.

“You notice what England are doing with their squads at the moment where there are guys who aren’t travelling for the first two Tests (against India) and then coming in (later).”

Finch also said going from one bio-bubble to another has taken a toll on his form with the bat. The Melbourne

Renegades skipper has scored a paltry 179 runs in 13 innings at an average of 13.76 in this season’s BBL.

“I had an absolute shocker with the bat. The harder I trained the worse I got, which is the opposite to what everyone tells you to do,” Finch said.