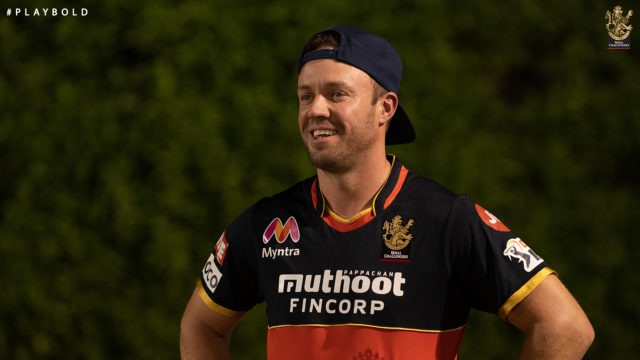 Days ahead of the start of the 14th edition of the Indian Premier League (IPL), Royal Challengers Bangalore star AB de Villiers has picked his all-time IPL XI. In a shocking move, the South African batsman has left out Lasith Malinga – the highest IPL wicket-taker and Suresh Raina, who is the second-highest run-scorer in history of the competition.

Speaking about IPL XI, AB de Villiers went with his former teammate in Delhi Daredevils (now known as Delhi Capitals) Virender Sehwag. Apart from Sehwag, he went for Mumbai Indians (MI) skipper Rohit Sharma as the second opener. Rohit has been a standout performer for Mumbai under whom they have won five IPL titles.

“Last night I was thinking that if I pick my IPLXI and I include myself, how bad would that look. So, opening the batting, I would pick someone whom I started with at Delhi, Viru (Virender Sehwag) at 1 and someone who I think has played some of the best cricket in the world in the last five years, Rohit at No. 2,” de Villiers was quoted as saying to Cricbuzz.

For the middle-order, AB de Villiers went for his RCB skipper, Virat Kohli, at three. Even as he put himself for the fourth position, De Villiers kept Steve Smith and Kane Williamson in the fray as well. As the all-rounders, he went for Ravindra Jadeja and Ben Stokes. Though Rohit is the most successful IPL skipper, the retired Proteas went for MS Dhoni as the skipper.

Dhoni is regarded as one of the best skippers in the history of the game. Under his leadership, Chennai Super Kings have won three titles. As the fast bowlers, he went for Bhuvneshwar Kumar, Jasprit Bumrah, and Kagiso Rabada. Afghanistan’s Rashid Khan is the sole specialist spinner in his eleven.