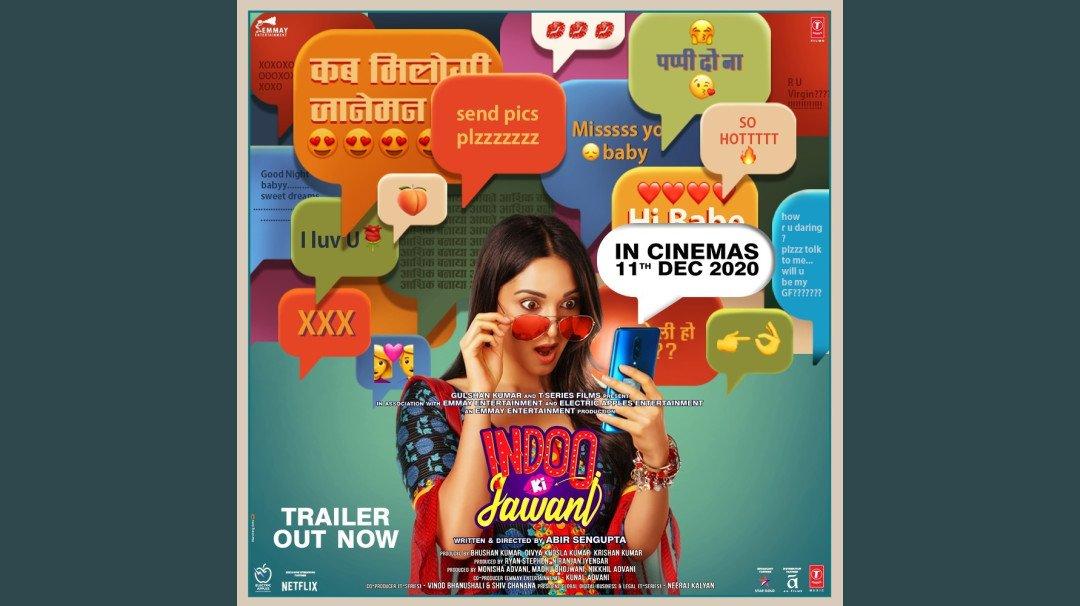 Indoo Ki Jawani is all set for a theatrical release on December 11. While the makers of the comedy were considering an OTT premiere during the eight-month theatre shutdown, they took the tough call of waiting it out as a mark of support to cinemas. Director Abir Sengupta, who makes his Bollywood debut with the coming-of-age comedy says, “We believe that audiences are looking forward to the cinema experience. In today’s difficult times, we need a dose of entertainment, and a fun-filled film like Indoo Ki Jawani will cater to those who want the big-screen experience.”

Talking about releasing the film in theatres amidst the current COVID-19 situation, he adds, “Nothing is more important than human lives, and I am sure theatre owners are taking adequate measures to ensure the audience’s safety. So, I hope people will step into the theatres like before.”

The movie features Aditya Seal and Kiara Advani. The movie revolves around the feisty protagonist’s experiences on a dating app. At a time when real-life meet-cutes have been replaced by right swipes, Sengupta believes it is fascinating to trace how love has evolved due to dating apps. “The concept of dating has been changing with every passing generation. But we are in a time where right swipes allow you to meet so many people. There is gender equality as everyone can go ahead and find the right partner. I have come across many who have found their life partners on dating apps. But, at times, even right swipes can go wrong. So, one should take time before forming a judgment about the other person. I strongly believe in love and finding one’s soulmate. Dating apps are a faster medium to find that person”, says the director as he roots for these apps.