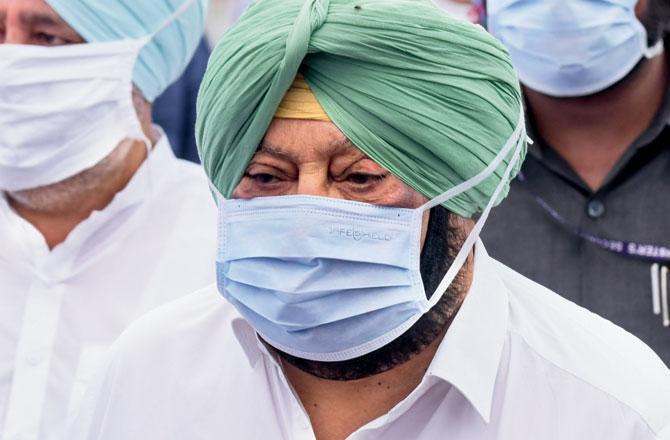 Punjab Chief Minister (CM) Amarinder Singh on Saturday urged the protesting farmers to reciprocate to Union Home Minister Amit Shah’s gesture by accepting his appeal to shift to a designated place, thus paving the way for early talks to resolve their issues.

Reacting to Shah’s offer to hold discussions with the farmers at the earliest, Amarinder Singh said it is in the best interest of the farming community and the nation at large.

Shah’s statement reflecting the Centre’s willingness to listen to the farmers is a welcome step, said the chief minister, stressing that the only solution to the current stalemate on the farm laws issue is discussion.

Since the Home Minister has made it clear that the government of India is “ready to deliberate on every problem and demand” of the farmers, and would hold talks the day after the farmers shift to the designated site in Delhi for their protest, the leaders should also move forward, said the CM.

Only by sitting across the table can both sides come to a solution to the problem, he added.

Pointing out that the purpose of their protest is not to block highways and inconvenience people but to pressurise the Central government to listen to their voice, the CM said the farmers have already won half the battle by bringing the Union government to the negotiating table without further delay.

The farmers should grab the Union Home Minister’s offer and make the most of the opportunity to resolve the crisis triggered by the central laws, Amarinder Singh said.

He and his government are prepared to extend their full support to these negotiations, and are willing to mediate in the collective interest of all, Amarinder Singh said.

It is in Punjab’s interest, and that of every Punjabi, to find an early solution to the problem, he added.