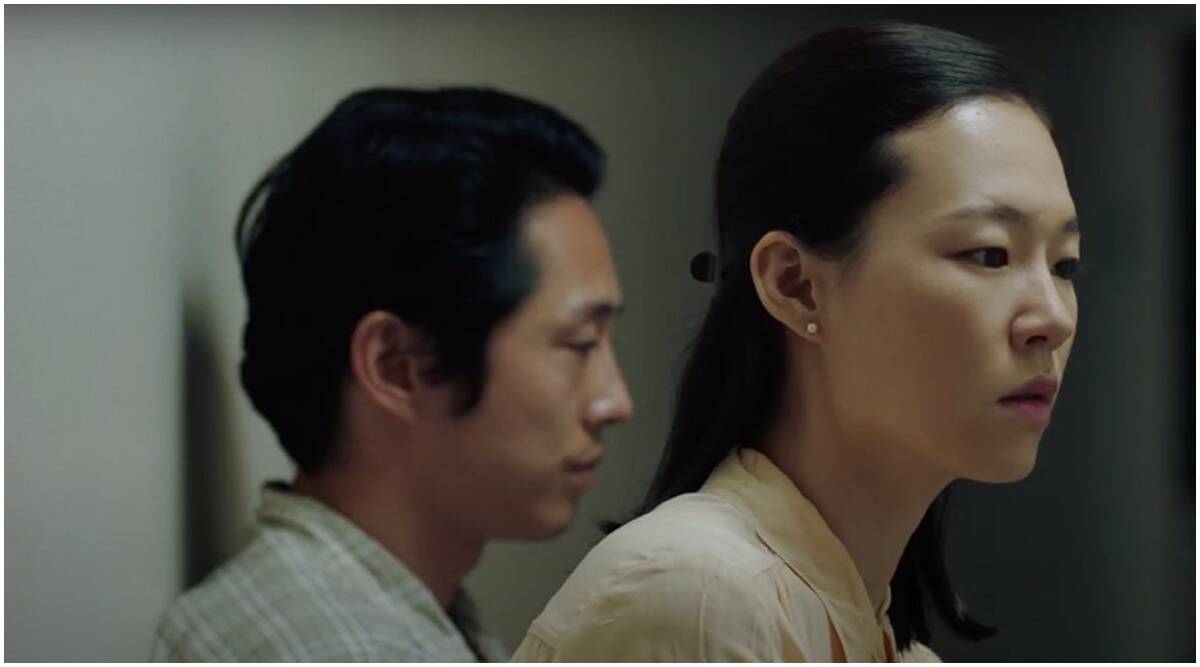 Minari is an American film, say several Hollywood personalities, including Lulu Wang, Simu Liu and Phil Lord, after it was revealed that Lee Isaac Chung’s directorial has been deemed ineligible for the best picture race at the Golden Globes 2021.

Variety reported that the film, starring Steven Yeun in the lead, was relegated to the best foreign language film category as it is predominantly in Korean language.

As per the rules of the Hollywood Foreign Press Association (HFPA), which organises the annual Golden Globes ceremony, the contenders for the best drama or comedy/musical categories must feature at least 50 per cent English dialogues.

Director Wang slammed the HFPA for its “antiquated rules”.

Her own movie, The Farewell starring Awkwafina, was categorised as a foreign language film at 2020 Golden Globes as it featured extensive dialogues in Mandarin.

I have not seen a more American film than #Minari this year. It’s a story about an immigrant family, IN America, pursuing the American dream. We really need to change these antiquated rules that characterizes American as only English-speaking. https://t.co/1NZbkJFE9v

“I have not seen a more American film than #Minari this year. It’s a story about an immigrant family, in America, pursuing the American dream. We really need to change these antiquated rules that characterises American as only English-speaking,” Wang said.

Also starring Han Ye-ri, Alan Kim, Noel Kate Cho, Youn Yuh-jung, and Will Patton, Minari revolves around a family of South Korean immigrants who try to make it in rural America during the 1980s.

Billed as a semi-autobiographical drama take on Chung’s own upbringing, the film borrows its title from a plant very common in Korean culture.

Hellboy actor Daniel Dae Kim called out the HFPA, saying the guidelines of the association have are responsible for sidelining of movies about Asian Americans.

The film equivalent of being told to go back to your country when that country is actually America. https://t.co/kwEf8eO9v8

“The film equivalent of being told to go back to your country when that country is actually America,” he tweeted.

Liu further said that the movie narrates the beautiful story of “an immigrant family trying to build a life from the ground up”.

Crazy Rich Asians director John M Chu also lobbied that Minari deserved to compete in the best picture category. “Wait what? This is about America, being American, made by Americans. Simple as that,” Chu added.

Filmmaker Lord said the HFPA should change its rules, or risk a Golden Globes boycott.

“It will be in every speech. Every interview. This is a dumb decision,” The Lego Movie helmer added.

Candyman director Nia DaCosta tweeted, “I’m a first-generation American born and raised in New York City and @MinariMovie, a film about a Korean American family searching for the mercurial and multi-faceted American Dream in rural Arkansas, made me feel seen in a way movies rarely do.”

Phillipa Soo, who recently voiced for an all-Asian animated film Over The Moon, also expressed her confusion over the HFPA’s decision.

“Parasite won the Academy Award Best Picture last year. So… not following your logic #GoldenGlobes,” the Hamilton star said in a reference to the critically acclaimed and box office hit Korean language film.

Writer Celeste Ng, whose novel ‘Little Fires Everywhere’ was adapted into a Hulu mini series, said only English films don’t define what it means to be American.

“This is a gorgeous film by an American, about Korean-speaking Americans in America, which would be a strong contender for awards in ANY category. The idea that only films in English count as ‘American’ is complete bull****,” Ng said.

The HFPA will announce Golden Globes nominations on February 3, 2021.