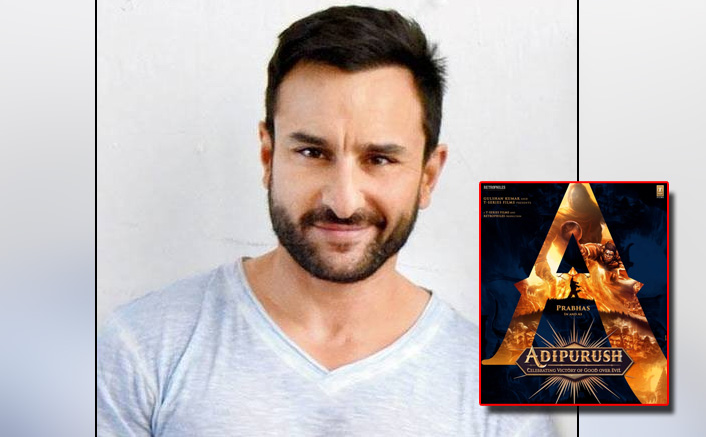 Om Raut’s Adipurush starring Prabhas is one of the most highly anticipated films and the hype is deservingly so. While the film is set to be a magnum opus, it also stars Saif Ali Khan in a pivotal part. While we wait for any updates on the film, the latest have to offer when Saif is set to begin work on the film and it has to do with the second munchkin who is on its ways. Read on to know all the details about the same, scroll below.

Adipurush is a mythological period drama set on a very high scale. The film stars Prabhas as lord Ram and Saif Ali Khan as Lankesh aka Ravana. The film is being helmed by Tanhaji: The Unsung Warrior director Om Raut. As per reports Saif is set to begin work in March 2021.

As per a Bollywood Hungama report, Saif Ali Khan who is right now shooting for Bhoot Police is planning to get on sets for Adipurush in March this year. His plan is to put the second child on priority. For the unversed Kareena Kapoor Khan is expecting her second child and is anytime due soon. The actor wants to spend some time with the newborn and then get on sets.

Meanwhile, recently Saif Ali Khan was amid a controversy recently when he spoke about his character Lankesh. The actor said the film humanises Ravana and that did not go well with the masses. As per Mumbai Mirror, Khan said, “It’s interesting to play a demon king, less strictures in that. But we will make him humane, up the entertainment quotient, justify his abduction of Sita and the war with Ram as revenge for what was done to his sister Surpanakha by Lakshman, who cut off her nose.”

Later in a statement, Saif Ali Khan also gave out a statement clarifying his comment. He wrote, “I’ve been made aware that one of my statements during an interview, has caused controversy and hurt people’s sentiments. This was never my intention or meant that way. I would like to sincerely apologise to everybody and withdraw my statement. Lord Ram has always been the symbol of Righteousness & Heroism for me. Adipurush is about celebrating the victory of good over evil and the entire team is working together to present the epic without any distortions.”