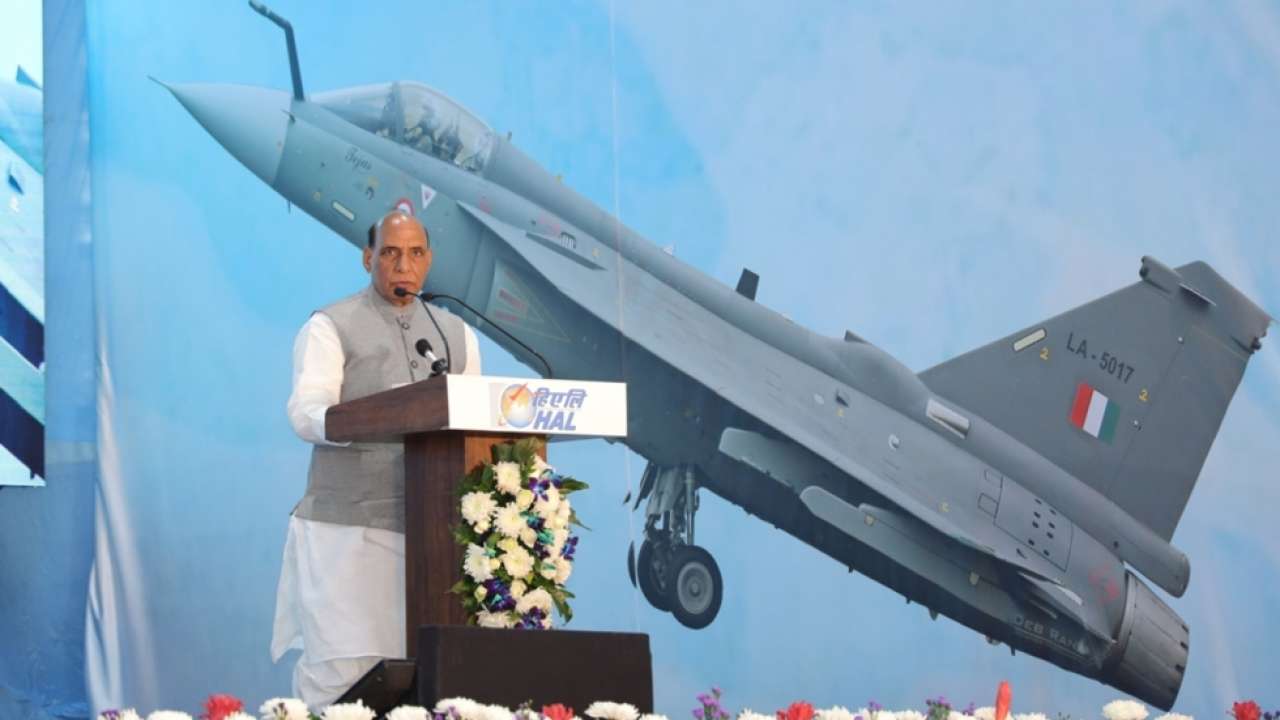 Aero India will showcase the nation’s accomplishments in defence manufacturing, Defence Minister Rajnath Singh said on Tuesday, emphasising that the global business community has responded enthusiastically to the Indian economy’s revivalist fervour. Speaking a day ahead of the official launch of Aero India, Singh said that India has accomplished a a lot in terms of investment, innovation and becoming a defence manufacturing hub. “The world has now started to recognise India as a trusted defence investment destination,” he said.

The minister said the decision to organise Aero India in these testing times posed by the twin challenges of the Covid pandemic and also the security challenges thrust along northern borders, wasn’t easy.

“I have no hesitation in saying that our robust stance, immediate and calibrated response and the unrelenting spirit of the soldiers on the borders led to stabilisation of the situation and we showed our resolve to defend the sovereignty and integrity of our country,” the Defence Minister said.

The minister pointed that the resolve of the government to put the country back on the path of revival, combined with the hard work of officers, all stakeholders of Aero India and support of Karnataka government has made it possible to organise Aero India 21.

He is said that Aero India would offer unprecedented access, insights and opportunities to connect and collaborate with India and global industry leaders, visionaries, academicians, central and state administrations.

Bringing together the defence ministers of various countries, service chiefs, policymakers, foreign OEMs, industry, entrepreneurs and academia to showcase, connect and collaborate, as well as highlighting the policy reforms and partnerships, driving India’s new defence manufacturing revolution, Aero India would spark a renewed sense of pride in India’s defence manufacturing and take defence cooperation to the next level, the minister pointed out.

Over 540 exhibitors including 80 foreign companies, would showcase their defence manufacturing prowess.

Aero India 2021, will help forge enormous global engagement with the Indian defence industry, in the form of partnerships and investments, paving the path for a transformation of the world’s largest democracy into the world’s most powerful defence economy.