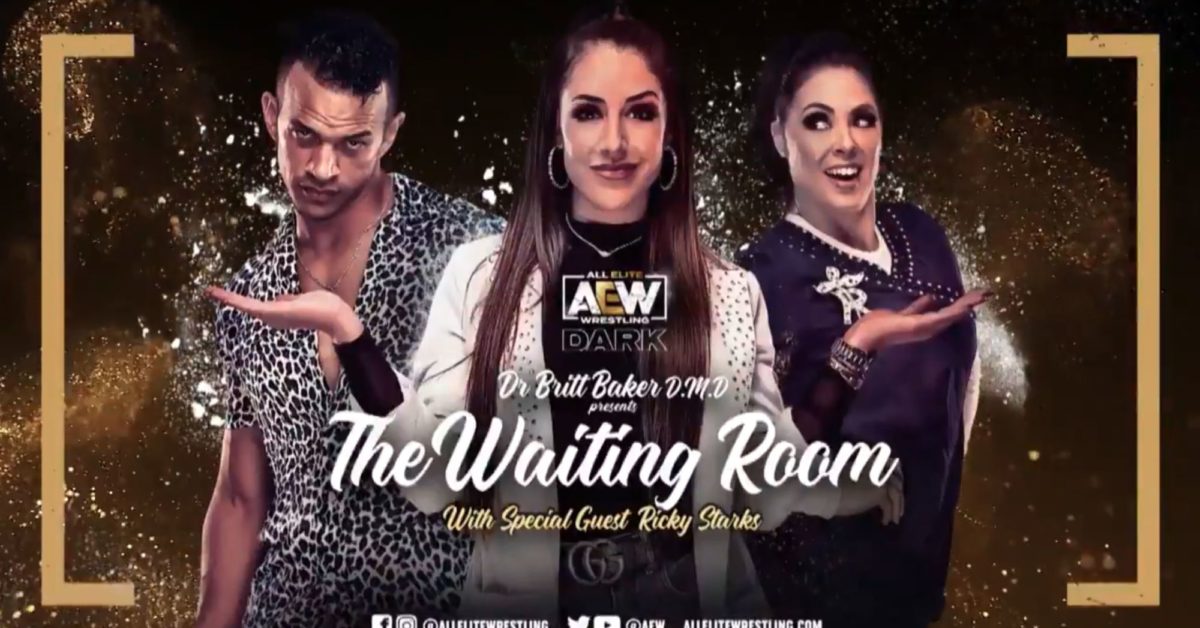 Greetings, comrades! It is I, your El Presidente, bringing you a preview of what to expect on next week’s episode of AEW Dark. AEW has booked thirteen matches for the show, comrades, and another Waiting Room segment hosted by Dr. Britt Baker. Check out the gallery below for the lineup for Tuesday’s edition of Dark.

Dr. Britt Baker will host Ricky Starks on a new edition of The Waiting Room on Dark next Tuesday

On AEW Dark next Tuesday, Chaos Project takes on SCU

On AEW Dark next Tuesday, It’s 10 vs. Jake St. Patrick

Bear Country teams up with Sonny Kiss and Joey Janela to take on Shawn Dean, Baron Black, Aaron Solow, and Mike Verna on next Tuesday’s episode of Dark

On AEW Dark next Tuesday, M’Badu teams with TNT to take on Dustin Rhodes, QT Marshall, and Nick Comoroto

Comrades, the capitalist pigs that control the means of production at Bleeding Cool have demanded I provide you with this paragraph of SEO keyword-rich text so that they can continue to fill their coffers with the product of the people’s labor. One day, El Presidente vows, they will all die like dogs. But until that day comes, my friends, I must play their game for now.

AEW Dark airs weekly on YouTube at 7PM Eastern on Tuesday nights and features matches taped the prior week. Though it lacks the polish of AEW Dynamite, AEW Dark provides a look into the future of AEW as many of the company’s up-and-coming stars hone their craft on the show week after week. Bleeding Cool’s crack team of pro wrestling “journalists” closely monitor the program to keep tabs on the status of said up-and-coming stars, and we also provide a weekly recap for your clicking pleasure.

RELATED:  Here’s why Aakanksha Singh decided to take a break from TV shows