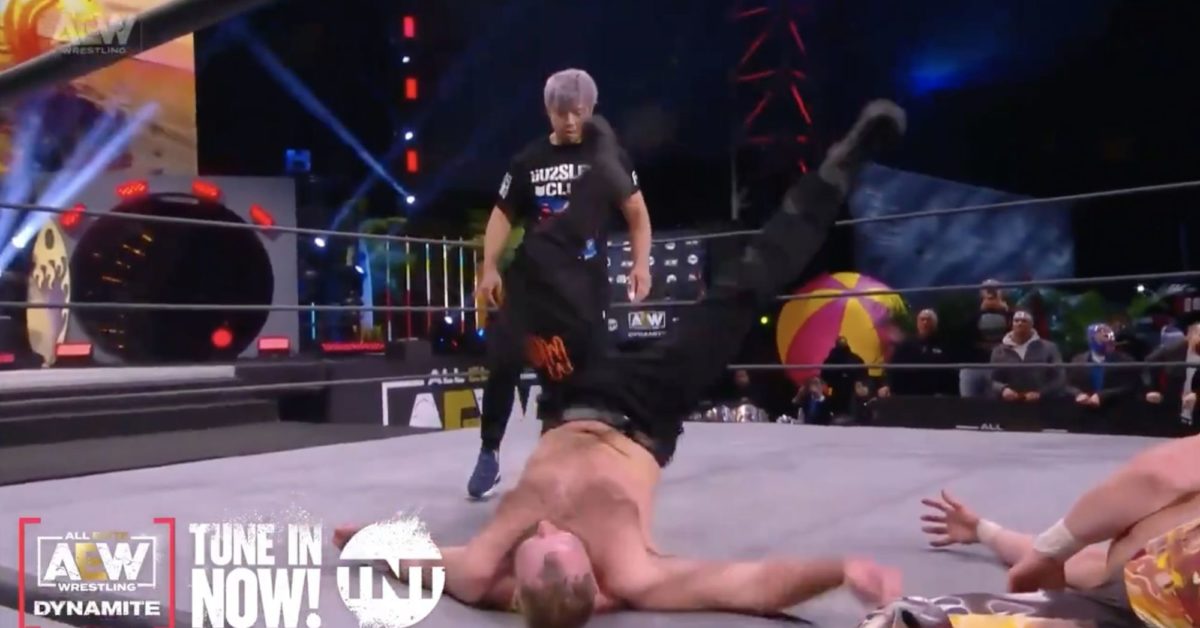 Greetings, comrades! It is I, you El Presidente, bringing you the most shocking pro wrestling news coming out of this week’s episode of AEW Dynamite. Dubbed Beach Break, tonight was a big night for AEW, but it was neither the AEW vs. Impact Wrestling main event tag team match nor the wedding of Kip Sabian and Penelope Ford that brought about the most mind-blowing swerve of the night, comrades. No, that honor belongs to what happened after the main event match, when KENTA appeared to attack Jon Moxley and tease an AEW/NJPW Crossover. Could you imagine that, comrades?!

From my recap of AEW Dynamite, which I assure you will be shared with the people shortly, here is how it went down.

Kenny Omega and the Good Brothers vs. Jon Moxley and Death Triangle

Kenny Omega, The Good Brothers, and Don Callis have their own group theme song now. So do Death Triangle. But Moxley gets his own entrance. What can be said about this match? Well, probably more if El Presidente hadn’t been pounding tequila all evening and was instead paying closer attention. I will just say that this is a hell of a main event match, comrades. Nonstop action. Flawless execution. Tons of passion. Rey Fenix. It’s no surprise WWE sent Edge to NXT tonight. Haw haw haw!

Fenix takes the pin in this match after a Magic Killer.

Kenny and the Good Brothers try to beat down Moxley and Death Triangle, but Lance Archer runs down to make the save and inflict violence on the Good Brothers. Moxley is about. But KENTA is here and he takes out Moxley as commentary sells a match between them for the IWGP U.S. Championship in NJPW and teases a Bullet Club reunion (and as Don Callis takes credit for the whole thing). What an ending, comrades!

KENTA will challenge Moxley at NJPW New Beginning USA on February 26th, as announced last week, so the real question is whether this is a one-time thing or a new beginning between AEW and NJPW, and a potential three-way crossover between AEW, NJPW, and Impact. An AEW/NJPW/Impact crossover. What a time to be alive, comrades! Especially since I faked my own death last decade! Haw haw haw haw! Until next time: socialism or death!