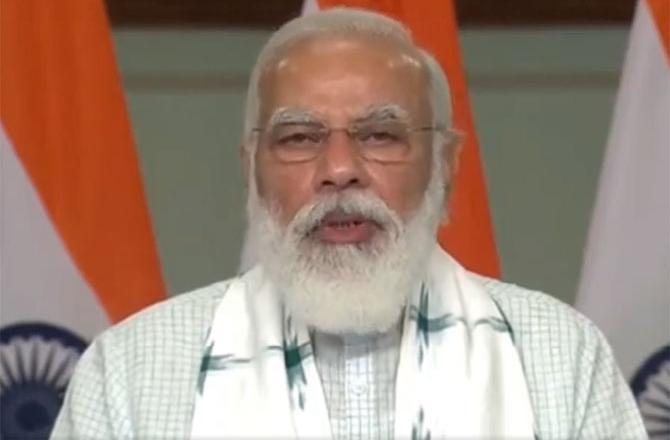 For the second time this year, the ruling Bharatiya Janata Party (BJP)-led Union government and the saffron party is facing a barrage of criticism from Opposition parties and certain sections of people on the formulation of contentious laws. After the passing of controversial Citizenship Amendment Act (CAA) bill, efforts are being made by the Central government and the BJP at an organisational level to resolve the grievances of farmers protesting in New Delhi against the Centre over the three Central Farm bills.

Earlier, in February this year, anti-CAA protests had led to riots in New Delhi and protests especially in the Shaheen Bagh area. Now, since November 26, agitating farmers from Punjab and Haryana have entered the Delhi border protesting against the three Central Farm laws passed by the Union government.

The Central government said it is willing to engage in dialogue with the agitating farmers and resolve all their grievances related to the three Union laws related to agriculture. But the talks cannot happen on the roadside. Earlier, Union Agriculture Minister Narendra Singh Tomar had agreed to hold talks with the farmers on December 3.

RELATED:  Diljit Dosanjh Extends Support To Farmers In Their Protest Against The Farm Bills
RELATED:  France raises concern with Pak over remarks made by Human Rights Minister Mazari, asks to rectify 'insulting' comments

The BJP top leadership has directed the party’s state units in Punjab and Haryana to continuously send reports regarding the farmers’ agitation in New Delhi.

BJP National General Secretary Tarun Chugh is keeping a close watch on the developments in the farmers’ protest. The Centre is preparing to resolve the misconceptions about the three Farm laws by interacting and holding talks with leaders of several farmers’ organisations. The BJP has also instructed its party’s Farmers wing (Kisan Morcha) to help them in this task. The saffron party has also instructed them to explain the provisions in the three Farm laws to the agitating farmers.

A senior BJP National level official told IANS, “All the three Farm laws have been formulated and passed in the Parliament after extensive discussions. These laws were debated on floor of Parliament. If the people associated with the farmers’ organisations study all the Farm laws in detail, they will find nothing wrong in the provisions. This protest is due to the misunderstanding of Farm laws.

As per sources in the Union Ministry of Agriculture, several rounds of governmental meetings have started after the farmers of Haryana and Punjab stormed the Delhi border since November 27. The demands made by the agitating farmers are being analysed. However, the Centre is not willing to budge, it appears.

The farmers’ organisations are demanding withdrawing of all the three laws. On the other hand, the Union government has reiterated that all the Farm laws would benefit the farmers adding that these laws cannot be rolled back.

At least one peacekeeper was killed and another two were injured...
Read more

A California man is facing jail time for hitting a...
Read more

How Elon Musk and Jeff Bezos can help save our democracy

DIY music production software like Logic Pro X is now the mainstream. Here’s what you need to know