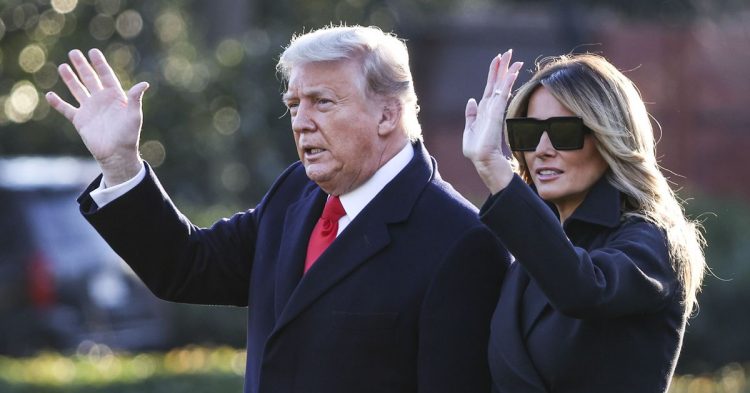 Trump signed the stimulus package that was passed by Congress days before Christmas on Sunday evening. The package also includes a $1.4 billion funding bill to keep the federal government up and running through September 2021. This brings to a close a confounding and chaotic episode. Had the president not signed, the United States could have seen a federal government shutdown (the existing funding runs out at midnight on Monday), and millions of Americans would have missed out on much-needed aid.

Trump waited so long to sign the bill that two unemployment insurance programs were allowed to lapse, which will likely lead to delayed benefits for unemployed workers across the country and could cost workers a week of checks permanently.

In a statement issued upon signing, Trump touted his work on addressing the pandemic and economic fallout and said he would demand “many rescissions” to the bill. He said he was sending a “strong message that makes clear to Congress that wasteful items need to be removed” and would send to lawmakers a redlined version of the deal with his demands. It’s unlikely those demands are going anywhere.

In his statement, Trump also nodded to the House’s plan to vote to increase stimulus checks in the package from $600 to $2,000. He said that the Senate would “start the process” for a vote that increases checks but also repeals Section 230 — an internet speech law — and starts an investigation into (unfounded) claims of voter fraud. Again, this seems like a nonstarter: In a statement regarding Trump’s decision to sign the relief bill, Senate Majority Leader Mitch McConnell did not address those new asks.

How this even happened, briefly explained

In case you haven’t been following, here’s a basic outline of how we got here: Congress finally reached an agreement for a $900 billion stimulus package in the days leading up to Christmas. The bill includes $600 stimulus checks, an additional $300 in weekly unemployment benefits through March, the extension of other CARES Act unemployment programs, small-business support, rental assistance, and food aid, among other provisions. You can find a full explainer of what’s in the legislation here. Lawmakers also wrapped into the deal the omnibus spending bill that’s needed just to keep the government going.

The working assumption among negotiators was that Trump was on board with the deal and that Treasury Secretary Steven Mnuchin, who called the agreement “fabulous,” was on the same wavelength as the president. Congress passed the bill and left town for the holidays.

But that assumption was wrong — in a video posted on Twitter Tuesday night, Trump declared the bill a “disgrace” and asked Congress to “amend” it and increase the stimulus checks to $2,000 (an ask his own party didn’t agree to) and complained that the package had in it “wasteful spending” he wanted removed.

And so the country headed into Christmas — and Trump to his Mar-a-Lago resort — without anyone knowing what he was going to do. The Wall Street Journal reported that a copy of the bill was printed and flown to Florida in case Trump decided to sign it. The Washington Post reported that the president repeatedly changed his mind on what to do.

On Sunday, he relented. Trump is still asking for changes to the bill, but at this point, that’s pretty unlikely. House Democrats are still going to try to get stimulus checks up to $2,000 from $600. Even though the president supports the idea, it’s probably not going anywhere. House Republicans blocked a vote on the measure last week. The House will hold a recorded vote on the issue on Monday, which is likely to pass the lower house but has little prospects in the Senate.

Trump’s decision to lump in Section 230 and voter fraud investigations makes progress even more unlikely. He has also vetoed the National Defense Authorization Act, trying to force a Section 230 repeal in it, but Congress will override his veto. Section 230 basically says that internet companies are allowed to police their online platforms however they want with few exceptions and aren’t responsible for what people post on them. Facebook and Twitter have been increasingly aggressive about policing Trump’s own false and misleading claims, and the president appears annoyed at these content moderation practices, so he’s made Section 230 the centerpiece of his complaints.

Regardless of whether this is a win for Trump, it’s a loss for unemployed people

After Trump finally relented and signed the stimulus package, there’s been some debate about whether this was a win or a loss for him. The president didn’t really get anything he wanted here — the bill is going forward as is, and the $2,000 stimulus checks are probably going to be stopped by his own party. It’s good that the government isn’t going to shut down, and the stimulus package is important and helpful.

But regardless of the political points on the board for the outgoing president, the back-and-forth caused a lot of stress for unemployed people and, ultimately, could cost them money. Two programs for the unemployed put in place under the CARES Act — one for contractors, freelancers, and gig workers, and another that adds on additional weeks of insurance — were allowed to expire on December 26. Getting them back up and running is going to take time. Congress had already procrastinated so much that there were going to be problems with the programs, and Trump made matters worse. The deal also entailed an extra $300 in weekly unemployment benefits for 11 weeks. Since Trump waited to sign the bill, that could be cut to 10.

That the president finally signed the legislation is a win for people who need the money, but it’s less of a win than it should have been.