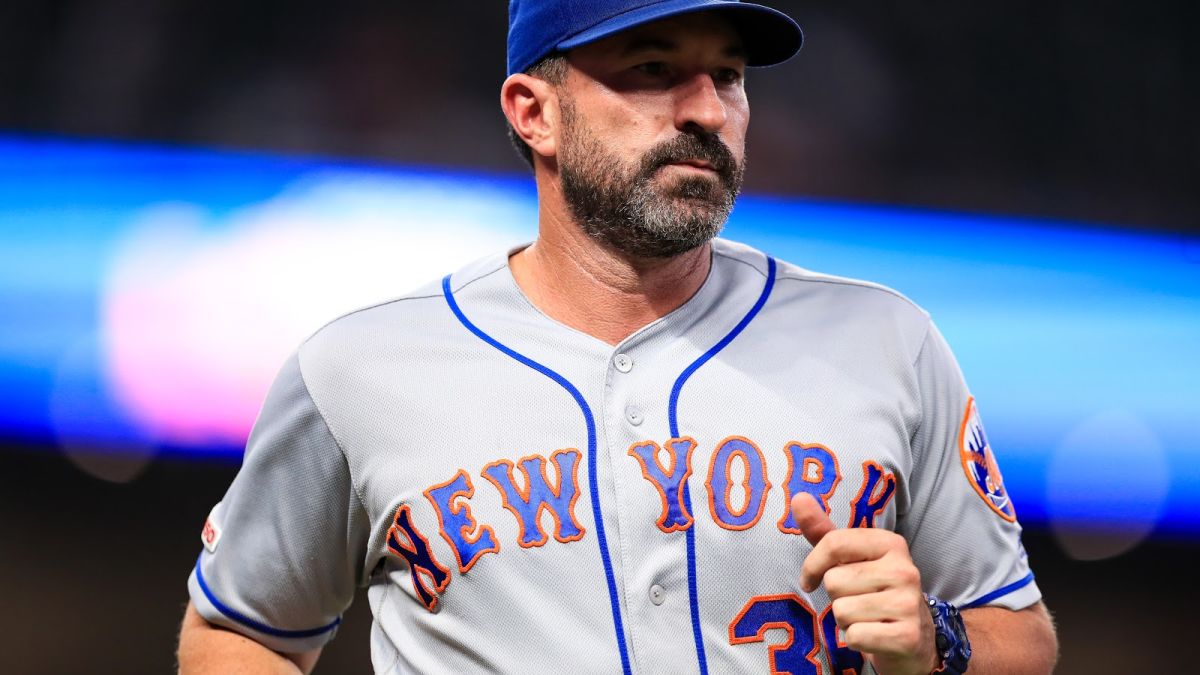 While it’s far from the most important aspect of yet another abhorrent story about the hellscape sports can be for female journalists, there is only one organization that can completely smother the acquisition of perhaps the most joyous player in the league in Francisco Lindor. And that would be the New York Mets. And they keep going full Mets. Going Mets this much is sure to lead to something rupturing.

First it was Jared Porter turning out to be a complete creep, though the acts themselves were not on the Mets watch. The oversight was. Then new owner Steve Cohen decided to play Twitter whack-a-mole during the whole Gamestop rigamarole. And now former manager Mickey Callaway has been revealed to be a bigger piece of slime than Porter was, harassing five female reporters with repeated emails, texts, and calls, as well as physical acts. And this was on the Mets’ watch.

The details of the story will be familiar, though no less disgusting thanks to the familiarity, because you’ve read them all before. Cheap come ons, requests for nude photos, inappropriate physical touching, it runs the gamut of shitbag.

The thing is that no one is going to take the fall here, at least on the Mets. Callaway was fired after the 2019 season (the team was 163-161 with Callaway at the helm) and was in Anaheim last year as pitching coach, a position he can expect to be fired from in the next 24 hours. Sandy Alderson, the current president, was on leave from the team when Callaway was hired and served as manager. Alderson is the one who hired Porter without really doing all the due diligence on him, but it’s hard to know where he would have gotten that information if the Cubs didn’t volunteer it to him. Cohen and Alderson acted quickly to fire Porter after the story came to light, and perhaps they will do the same with any underling found to have known what Callaway was doing. Seeing as how these women had been warned before working with and near Callaway, it doesn’t sound like much of a secret within the baseball world.

While it won’t be a pleasant process, baseball and sports overall need stories like this to keep getting to the public, to do a cleanse, to make it feel safer for other women to tell their stories and keep the process going. Sports need to be rid of scum like Callaway, and this is how that process goes.

It does make for interesting (if close to revolting) reading to see that the Mets are still interested in signing Trevor Bauer, as Bauer has been a harasser of women in his past. The “zero tolerance” Cohen promised after the Porter debacle would be pretty flimsy if Bauer could fly in under it. Hopefully the latest black eye for the Mets (can you have three or four at the same time?) would have them take a serious look at what signing Bauer would mean. The last thing sports need is for athletes to feel they’re above acting decently simply because they make enough money and provide enough wins. Not signing him would signal real, significant change.

It was quite the night for baseball, as along with the Callaway news, the MLBPA rejected the owners’ proposal to push spring training and the regular season back a month, and shorten the season to 154 games. The players didn’t like the idea of an expanded postseason, or the amount of power in calling for postponements and cancellations that Rob Manfred would get.

However logical the owners’ proposal could be colored in the eyes of the sympathetic in places, the owners only have themselves to blame for the animosity and mistrust in any negotiation between them and the players. They’re the ones who salted the Earth last summer in getting down to 60 games and claiming losses they refuse to back up, and are the ones definitely not colluding to keep player salaries down for the past few years.

The fact remains that spring training should not be starting in a couple weeks. The pandemic still rages on. We are months from enough vaccinations to be considered safe. Arizona and Florida are some of the worst spots in the country right now, and are also places that won’t do much about it. It is not safe, and the amount of postponements happening currently in the NBA and NHL only prove that. It’s hard to believe things will be that much better in just two months when Opening Day is currently slated.

Still, the players knew that an installation of expanded playoffs this year would almost certainly mean a permanent expansion, and they’ve come to realize that giving teams license to aim for 80-85 wins instead of 90 or above is only going to hurt the players in the long run. Fuck, there are only five or six teams now aiming for north of 90 wins.

Still, the players haven’t exactly disclosed what their alternative is to having Manfred having authority to postpone games or pause a season. We know players hated being trapped in their hotel rooms for a week or more when needing quarantining. But players will test positive. What will they do then? Who will make that call? Needless to say, the negotiations aren’t over, even if spring training is going to start on time.