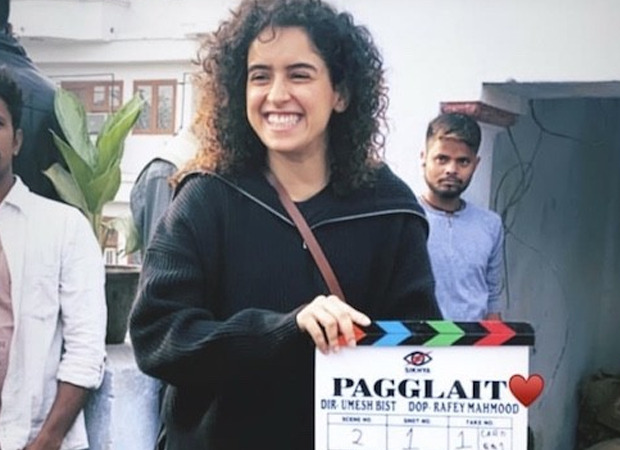 Sanya Malhotra had a rocking debut with Dangal (2016), which was also the biggest hit of that year. She even got noticed with Badhaai Ho (2018), another huge grosser. However, it’s in 2020 when she really made her presence felt and added to her fan following. She rocked the show with Shakuntala Devi and even her unrecognizable look got praise. In Ludo, she arguably was a part of the best story of the film and her chemistry with Aditya Roy Kapur was electrifying. Interestingly, both these films were released digitally. While Shakuntala Devi premiered on Amazon Prime, Ludo was streamed on Netflix.

And now, it has come to light that her next film, Pagglait, too has opted for a digital release. A source reveals, “Pagglait was completed somewhere in February 2020, just before the lockdown. It’s a slice-of-life comedy and the makers feel it’s apt for an OTT platform. Hence, they decided to release it on Netflix”. The source also adds that the streaming giant plans to release Pagglait in the next two months. It is produced by Guneet Monga’s Sikhya Entertainment and Ekta Kapoor’s Balaji Motion Pictures.

Sanya Malhotra has excitedly spoken about Pagglait and has called it a special film. It’s also the first time that she’ll be playing a solo lead in a film. Interestingly, her next film, Meenakshi Sundareshwar, co-starring Abhimanyu Dassani and produced by Karan Johar, will also be a Netflix release. Apart from these two films, she would also be seen in Love Hostel, co-starring Vikrant Massey and Bobby Deol. It is produced by Manish Mundra’s Drishyam Films and Shah Rukh Khan’s Red Chillies Entertainment.

Also Read: Hailing from a North Indian background, Sanya Malhotra is taking up the challenge of playing a South Indian girl for her upcoming film