Ahead of the trailer of Bhumi Pednekar’s Durgamati, here’s the motion poster 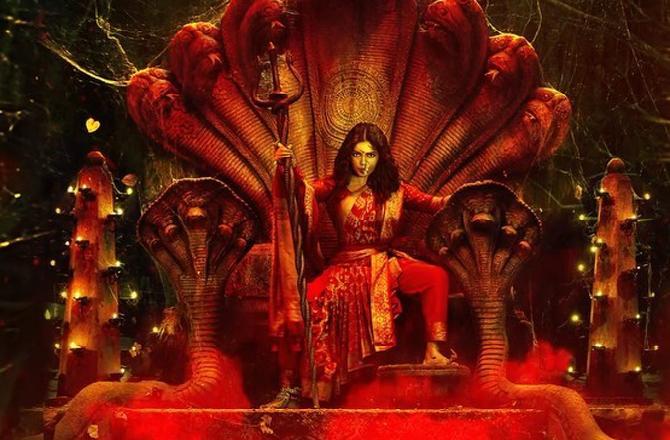 Amazon Prime Video is on a roll and has been releasing back to back fresh content. After achieving success with past projects, Durgamati is next on the list and just ahead of the trailer, the motion poster was released.

Producer Akshay Kumar took to his social media and shared,”It’s payback time! Get ready to meet #DurgamatiOnPrime on Dec 11, @PrimeVideoIN.” [SIC] Have a look right here:

In the motion poster, Bhumi Pednekar is seen wearing a red saree and striking a power pose on a throne. She’s also holding a trident in her hand and looks extremely fierce in her Durgamati avatar and eyes are filled with revenge. Durgamati stars Bhumi Pednekar, Jisshu Sengupta, Mahi Gill and Arshad Warsi in pivotal roles.

The film is directed by G Ashok produced by Akshay Kumar, Cape of Good Films, Bhushan Kumar, Krishna Kumar and Vikram Malhotra. The film is an Abudantia Entertainment and T-Series Production.

The movie is all slated to release exclusively on Amazon Prime Video on December 11.