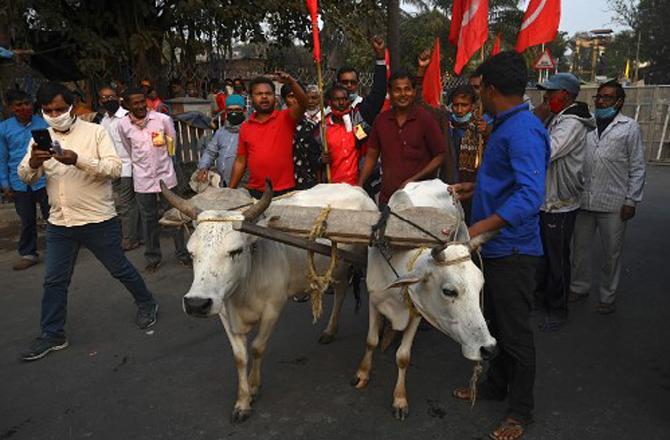 The All India Kisan Sangharsh Coordination Committee (AIKSCC) on Wednesday said that the Supreme Court proposal asking the government to form a committee and include representatives of both the Centre and the farmer unions, is a “moral victory” for the agitating farmers, adding that the agitation will continue till the three farm laws are repealed.

The reaction from the AIKSCC came after the top court on Wednesday ordered a joint hearing of the Centre and the farmers’ unions in a bid to end the impasse amid the ongoing agitation at various Delhi borders and proposed to form a committee while including the representatives of both the Centre and the farmer unions to arrive at some acceptable solution.

In a statement, the AIKSCC said, “Supreme Court advice to the government is a moral victory for farmers. Farmers have always been ready to put forward their views, but the agitation in Delhi will continue until the three Acts and EB 2020 are withdrawn, even if a committee is formed.”

The AIKSCC said that the committee formation will be fruitful only after the laws are withdrawn and the representatives of all national and regional farmers organisations are represented in a decisive manner and should therefore be done only after repeal of the Acts.

It further criticised Prime Minister Narendra Modi for claiming that farmers were being fooled by the opposition while it is “he who is fooling them”.

“He is repeating his earlier explanation that farmers would not lose land, that minimum suppot price (MSP) and government procurement will continue, that the laws create opportunities for farmers, etc. even though his actions prove the opposite,” it said.

The AIKSCC said that on Tuesday, the Prime Minister made a wrong claim that milk production has been promoted by non-government private sector, while it is the government-aided cooperative sector which has helped milk farmers and later entry of private sector stressed the milk sector.

The AIKSCC said that its working group has called for observing December 20 as ‘Shraddhanjali Diwas’ from 11 a.m. to 1 p.m. in each and every village in memory of the 30 farmers from Punjab and Haryana, who have died during this indefinite protest from November 26.