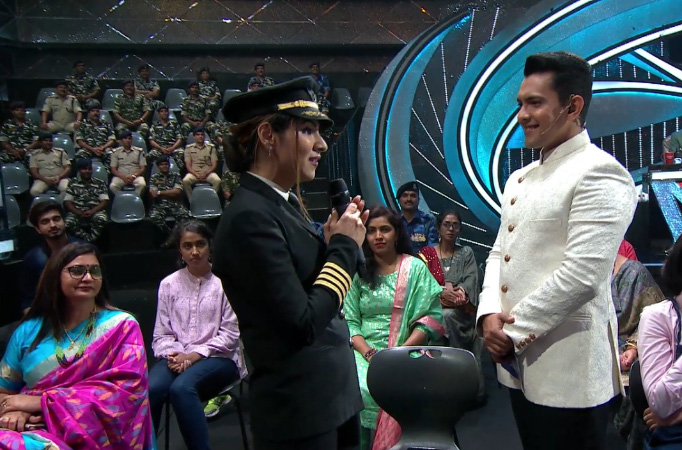 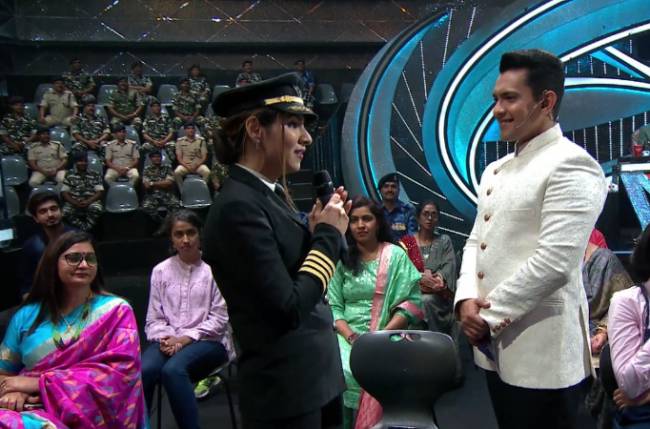 The platform took immense pride in welcoming the Air India Women Team, that left a mark globally and created history when they became the first all women team to fly a direct non-stop flight between the west coast of the United States and southern India. The team of pilots graced the stage of Indian Idol in support of the contestants but very specially for Shanmukha Priya, as they claimed to be fans of her singing!

AI Captain Zoya Agarwal commented saying, “India’s four daughters were commissioned on this historic mission and we flew over it victoriously. Today on this stage, Shanmukha has flown over the skies, making her parents proud and all the contestants are yet again making the nation proud!” Shanmukha Priya, in a bid to lift the spirit of the show, delivered a powered packed performance and sang the song “Jai Ho”, this surely boosted the morale and set the stage of fire. Thanking the Air India Women Team for coming, she said, “I thank you all so much for coming and supporting all of u, this has truly increased our confidence tenfold!”

Stay tuned and watch more of Indian Idol season 12, only on Sony Entertainment Television, every Saturday and Sunday, from 8 pm onwards. #IndianIdol12