Home Entertainment Air Supply on why they got no love from MTV and Rolling Stone: ‘We were never cool. We’re still not cool.’

Air Supply on why they got no love from MTV and Rolling Stone: ‘We were never cool. We’re still not cool.’ 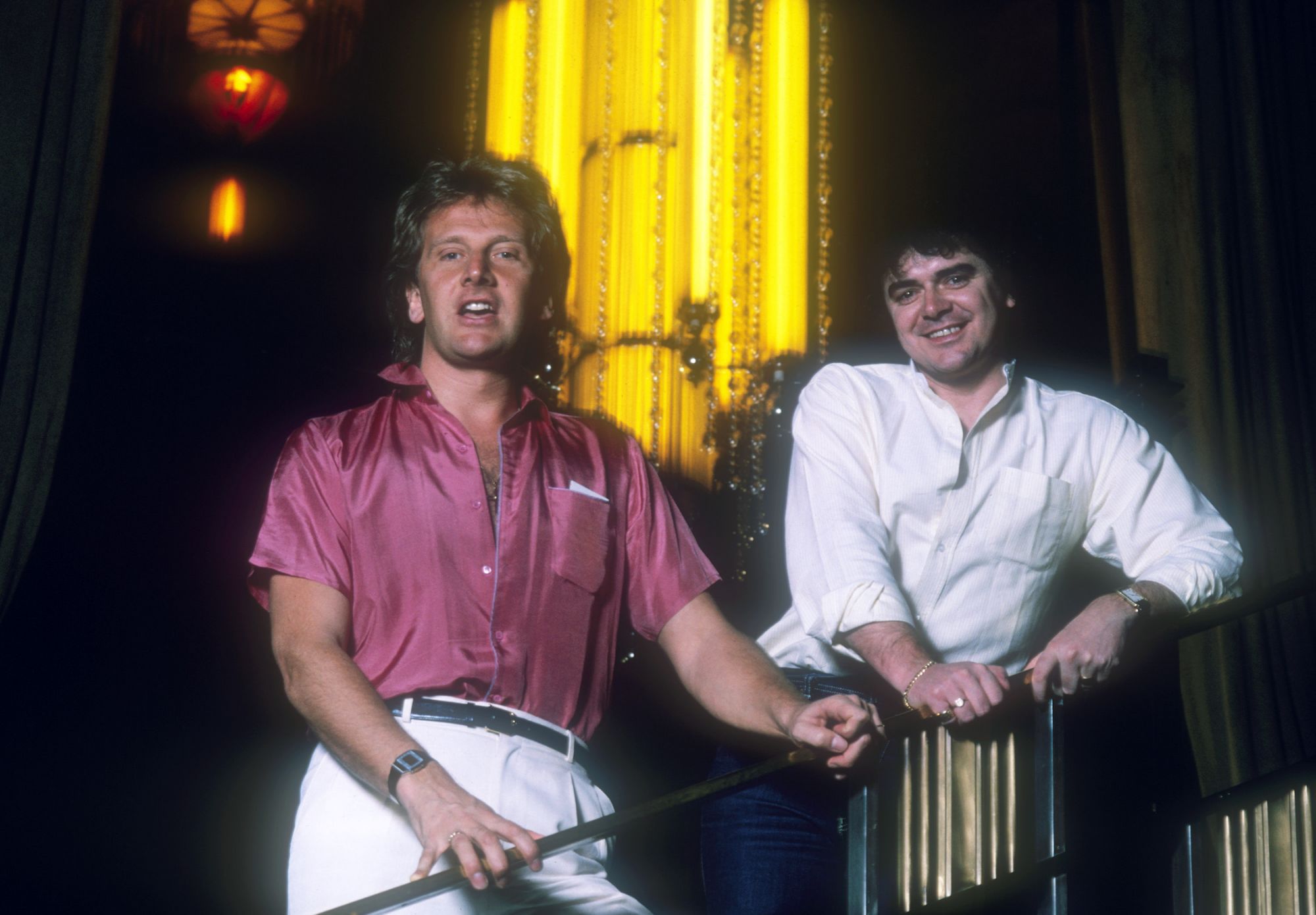 There is perhaps no band in pop history more associated with love than Air Supply. “Lost in Love.” “Making Love Out of Nothing at All.” “The One That You Love.” “All Out of Love.” You can expect to hear of all these songs and more during Air Supply’s first-ever live stream concert, taking place, of course, on Valentine’s Day.

But one outlet on which Air Supply’s love ballads never aired, back in the day, was MTV. The Australian soft-rock duo charted a whopping eight top 10 hits between 1980 and 1983 — including one single, “All Out of Love,” that peaked at No. 1 on the Billboard Hot 100 just one week before MTV debuted on Aug. 1, 1981. But the cable network never gave Air Supply any love, not even a single video spin in a 4 a.m. graveyard slot.

“They never played us one time. I’m dead serious, never,” Air Supply guitarist/singer/songwriter Graham Russell tells Yahoo Entertainment/SiriusXM Volume. “We were never ‘cool’ enough to be on MTV. … We were on VH1 [which launched in 1985], which was the watered-down milquetoast version. Which is fine, because we had song of the year, every year, on that channel. But MTV never played us.”

MTV wasn’t the only major music outlet that deliberately overlooked the Air Supply phenomenon. “Listen to this: When ‘All Out of Love’ was at No. 1 on Billboard, Rolling Stone wouldn’t even put us in their top 10,” recalls Russell. “We weren’t admitted because, I presume, we weren’t considered ‘cool’ enough to be in Rolling Stone either.”

Perhaps it’s unsurprising that MTV and Rolling Stone ignored Air Supply at the time. The duo’s mellow-gold balladry was totally out of step with the quirky new wave stars of the era, and they were “late bloomers,” in their early thirties — practically ancient, by pop standards — by the time they broke through in the U.S. in 1980 with “Lost in Love.” Graham Russell and vocalist Russell Hitchcock had already enjoyed a few years of success Down Under, after meeting while performing in a Melbourne production of Jesus Christ Superstar (an experience they credit with instilling their mature work ethic) and forming Air Supply, before Arista’s Clive Davis heard the 1979 Australian version of “Lost in Love” and was convinced that they could become “the biggest band in the world.”

It was in fact Davis’s idea for the band to record mostly sweet, sentimental love ballads, even though, as Russell notes, “We love rock ‘n’ roll, we love the Rolling Stones and AC/DC. … But Clive Davis, he actually told us, ‘You’re going to have huge success because of these songs.’” And even if MTV didn’t contribute to or acknowledge that success, as Russell notes, “[Clive] was right.”

Because of their slightly older age and work experience, Russell and Hitchcock didn’t indulge in the bad-boy antics of their younger ‘80s rock peers. “We actually were in Hollywood in the early ‘80s, where we were based, and we didn’t go to the parties, we didn’t go to the chic whatevers. We just wanted to do the music and then have a quiet dinner somewhere,” says Hitchcock. And even if their low-key lifestyle and image didn’t land them any magazine covers, Hitchcock realizes that this was beneficial in the long-term: “The great thing years later is… I mean, I can’t imagine being Michael Jackson or Prince, when you can’t walk out the door anywhere in the world without being trampled. For many years, even during the height of our career, I could go to the supermarket and buy a gallon of milk and some eggs, and nobody would bother me, you know? And that’s a great luxury.”

“We’ve always kept away from the limelight and let the music speak for itself,” says Russell. “I mean, if you mention Air Supply to anyone, they’ll start singing ‘All Out of Love,’ and they’ll go, ‘Oh, aren’t they from Australia? There’s one tall guy, then the other guy’s not so tall?’ And that’s about it. They don’t know anything about us, but that’s fine.”

Air Supply have led such a drama-free existence, in fact, that as difficult as it may be to believe, Hitchcock and Russell have never fought once since they formed the band more 45 years ago. “With [notoriously feuding bands like] Aerosmith and Oasis, I mean, obviously you have to have an ego to get onstage, but we don’t have explosive egos,” Hitchcock explains. “I was always taught by my parents and grandmas to just be humble, no matter what you’re going through. If you’re having great success, appreciate that. If you having failures, don’t get bitter about it, just do your thing. And don’t be big-headed about it, because, especially in Australia, if you misbehaved ego-wise, your parents would slap you down in a couple of seconds when you were young. So, we learned respect for our parents, our families, and everybody else.”

While Russell humbly quips, “We were never cool. We’re still not cool,” he does admit that there’s been a gradual changing of the critical tide. “I first noticed it about 20 years ago,” he says. “The first thing that I noticed was we got reviewed in Billboard magazine. We had a new single come out called ‘Someone,’ and it was such a fabulous record. And finally Billboard reviewed it, and they gave us an incredible review — they said, ‘Well, this is a great record; even though I don’t want to say good things about it, it was great!’” Air Supply have also gotten plenty of screentime to make up for that past MTV snub, like Brad Pitt singing “Making Love Out of Nothing at All” in Mr. and Mrs. Smith and Stewie grooving to “Lost in Love” on Family Guy.

Hitchcock says “the recognition, now more than ever, does say we’re doing the right thing. And we’re glad that we stuck with our guns.” And he and Russell are proud that many Air Supply songs, thanks to their universal subject matter and classic-sounding, un-gimmicky production, have aged much better than some more dated songs by their ’80s chart peers. But Hitchcock admittedly still wishes that more media gatekeepers would pay attention to Air Supply’s current music. “It’s really the same old story. I mean, we’ve recorded I think 25 studio albums, which nobody’s aware of really, and we’ve taken great recent songs of ours to a radio stations and they go, ‘Oh no, we’re not going to play that. People want to hear “Lost in Love.’ They don’t want to hear the new songs.’ But as Graham says during our show sometimes, it can’t be an old song until it’s a new song, you know?”

Air Supply will be playing both old classics and new favorites during their Valentine’s Day virtual concert, as well reading aloud love letters from fans about how certain Air Supply songs have shaped and soundtracked their lives. Surely those letters mean more to the band than any music critic’s positive write-up ever could, but Russell is pleased that their concerts do tend to generate good press. “Now all our reviews for our live show are incredible, and we never get anything negative. I mean, we’ve had our share in the past, but now everything’s turned around,” he says. “We have an incredible show, and when people come and see it, they go, ‘Oh, I had no idea!’

“It’s nice finally to get some recognition,” says Russell, “and we’ve had plenty of recognition now. We don’t need any more.”