Ajay Devgn resumes shoot for Bhuj: The Pride of India in Hyderabad 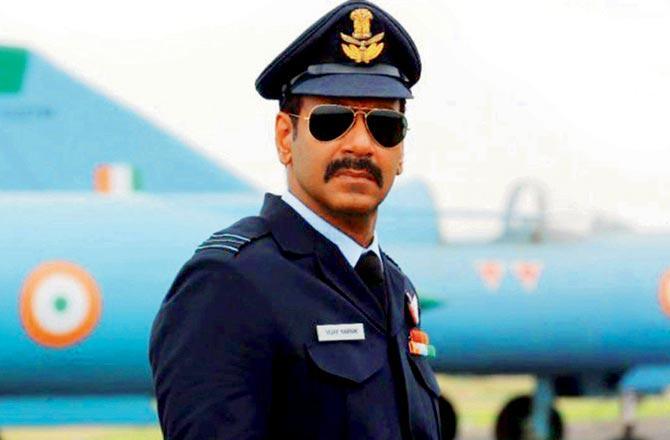 Ajay Devgn made the most of the lockdown, reading scripts and conceptualising his directorial venture, Mayday. Now, after an eight-month break, the actor retraced his steps to a film set as he resumed the shoot of Bhuj: The Pride of India in Hyderabad yesterday. “Considering major portions of the war drama were filmed well before the lockdown, the makers have charted out a 10-day schedule, following which they can call it a wrap. A set has been erected at Ramoji Film City in Hyderabad, and the team will adhere to the on-set guidelines during the stint,” reveals a source.

Set during the Indo-Pakistan War of 1971, the period drama sees Ajay Devgn play Indian Air Force Squadron Leader Vijay Karnik, who reconstructed the IAF airbase in Bhuj with the help of Sunderben Jetha Madharparya — essayed by Sonakshi Sinha — and 300 local women. Sanjay Dutt, who plays a civilian who helped the Indian forces during the war, is expected to join the unit today. The source adds, “After spending the past few weeks in Dubai with his family, Sanjay has returned to India. He has about three to four days’ work on the film.” The Abhishek Dudhaiya-directed venture will have its digital premiere on Disney+Hotstar.

mid-day reached out to Devgn’s team, who confirmed the report of the film’s final schedule.