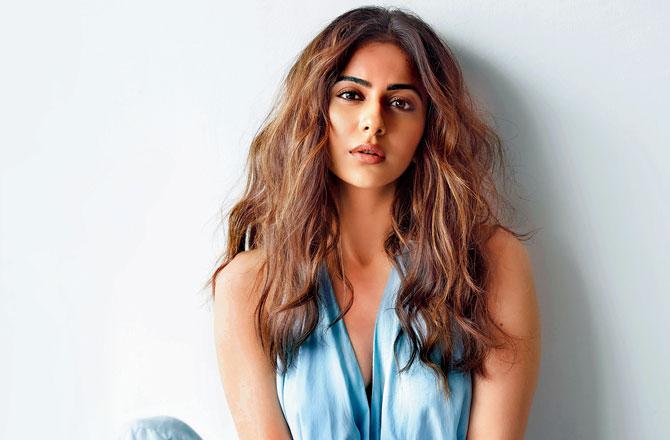 Only days after Varun Dhawan and Neetu Kapoor battled COVID-19 and resumed work on Jug Jugg Jeeyo, another Bollywood actor has fallen prey to the virus. On Tuesday afternoon, Rakul Preet Singh took to Twitter to announce that she had tested positive. She had flown down to Hyderabad last week to begin work on Ajay Devgn’s directorial vehicle, Mayday.

A source reveals that Singh tested positive on Saturday, and immediately alerted those she had come in contact with. “Rakul spent most part of last week doing rehearsals at her Jubilee Hills home, and had not reported to the set. She was to begin shooting this week. Thankfully, her interaction with Ajay and the remaining crew had been minimal. Nevertheless, Ajay had himself and all those in contact with her immediately tested,” says the source. It is learnt that the actor-director halted the shoot on Saturday, not wanting to assemble the cast and crew until they had all been given a clean chit.

The unit members returned to Hyderabad’s Ramoji Film City on Monday. With the movie’s leading lady out of action for a fortnight at least, Devgn and his creative team have now reworked the schedule in a bid to meet the deadline. The source adds, “Ajay, who plays a pilot in the aviation thriller, will can his solo scenes and those featuring the cabin crew in the coming days. He won’t take a Christmas or New Year break, instead focusing on finishing the film as early as possible.” Amitabh Bachchan, whose character is integral to the story that is inspired by a 2015 aviation incident, is expected to join the team in January.

Singh will don the co-pilot’s uniform after she completes the isolation period and is given the go-ahead by doctors.

Also Read: From being a Delhi girl to a Telugu Ammayi: Rakul Preet Singh on completing seven years in Tollywood