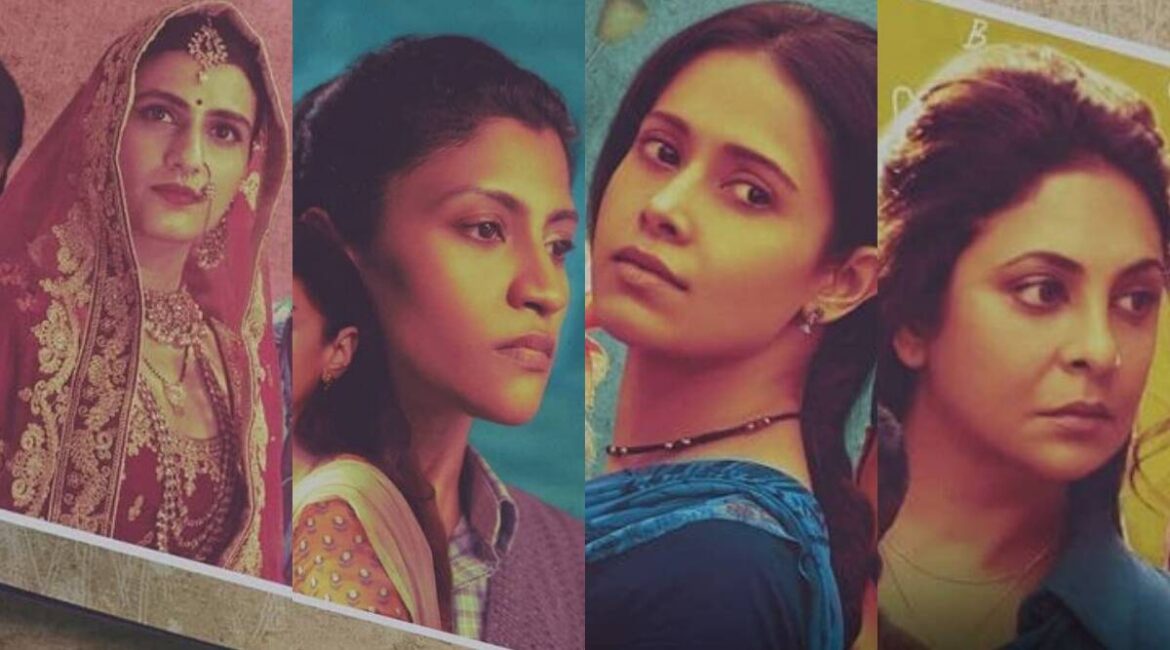 Netflix anthology Ajeeb Daastaans trailer is here and it stars Konkona Sen Sharma, Nushrratt Bharuccha, Fatima Sana Shaikh, Jaideep Ahlawat, Aditi Rao Hydari, Shefali Shah, Manav Kaul among others. The trailer presents us with four unique stories that are led by female protagonists. We follow the characters as they reveal their ‘unique stories’.

Majnu, directed by Shashank Khaitan, has Fatima Sana Shaikh and Jaideep Ahlawat playing newlyweds but their marriage has started on a rough note. Nushrratt plays a house-help who is being forced to compromise on her morality for the welfare of her daughter in Khilona, directed by Raj Mehta.

Directed by Kayoze Irani, Shefali and Manav’s story has him playing a mute man and their love story looks adorable. The stand-out story from the trailer is the one featuring Konkona Sen Sharma and Aditi Rao Hydari where the duo is struggling to admit their love for each other because of societal pressures. This short has been directed by Neeraj Ghaywan.