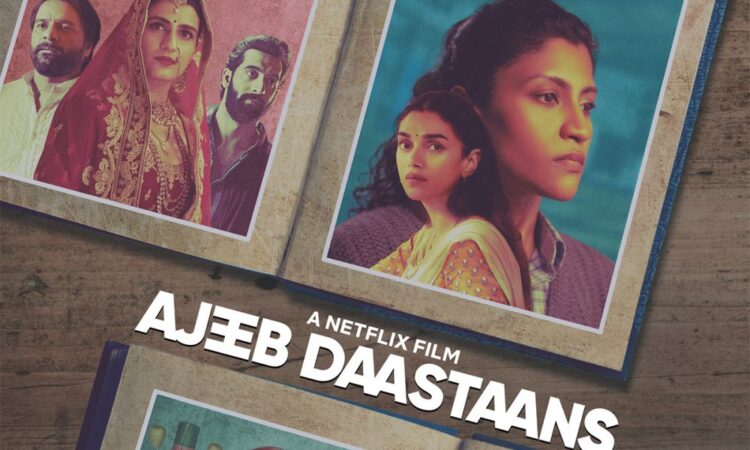 The trailer for streaming service Netflix’s next big anthology movie titled ‘Ajeeb Dastaans’ just got dropped on the Internet. It will portray 4 different stories which will be unique in every way. Another interesting fact is that all 4 stories have been led by women.

Notable directors like Raj Mehta, Shashank Khaitan, Neeraj Ghaywan and Kayoze Irani have come together to tell stories featuring an amalgamation of emotions that hinders the moral dilemma of a person like jealousy, entitlement, toxicity, prejudices and so on.

Ajeeb Dastaans is going to be one of the big OTT releases of 2021 and has already garnered a lot of attention since the teaser release. It is scheduled to stream on Netflix from 16 April 2021.