AK vs AK director Vikramaditya Motwane: Secure enough to make fun of themselves 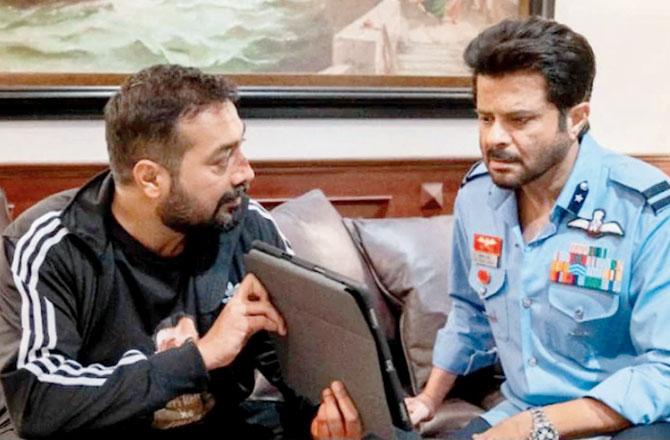 You can’t bracket Vikramaditya Motwane — just when you think he has a knack for telling tender love stories like Lootera (2013), he surprises you with the gritty Trapped (2016). This time around, the filmmaker has shifted gears to a mockumentary with AK vs AK that sees Anil Kapoor and Anurag Kashyap playing themselves.

Motwane says that he had been toying with the premise of the Netflix film over the past seven years. “One of my writer friends from Amsterdam, Abhinav Sampat sent this concept to me seven years ago. The idea was fantastic — a film director making a movie on a real-life kidnapping. Casting Anil and Anurag was a blessing; the movie works purely because of my access to them and their lives.”

The December 24 release sees Kapoor and Kashyap have an ugly fight, after which the latter abducts his daughter Sonam K Ahuja. Kapoor’s desperate search for Sonam forms the crux of the story. According to Motwane, the premise holds water because of his protagonists’ strong off-screen personalities — Kapoor, the flamboyant actor, and Kashyap, the “full-of-himself” director. “That makes it juicy to pit them against each other. While there is some truth in the things that we are saying, we’re exaggerating them [to add the drama to] the movie.”

Considering the film thrives on the central characters taking digs at each other, did he have to handle bruised egos on the set? “The characters of Anil and Anurag are willing to make fun of themselves because off screen, they are extremely secure artistes. I never felt that any scene was out of bounds. They gave me the comfort to write scenes as I wanted,” states the director.