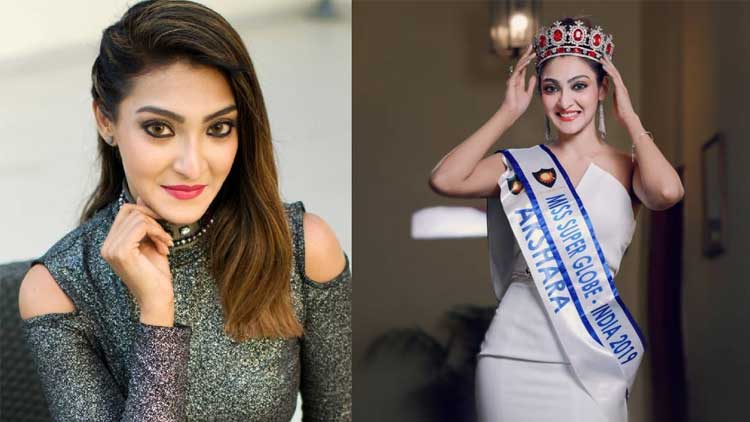 Akshara (born 10th September 1994) is one of the most promising contestants of the Bigg Boss Tamil 5. She is 27 years old, an Indian model who mainly works in Tamil Film Industry. She is passionate about modelling and acting.

She is known for winning the title Miss Super Globe World 2019, an international beauty pageant, represented India with subtitles Miss Beautiful Smile & Miss Glowing Skin. She has participated in several Fashion parades and walked more than 150 ramps across the world. She also worked in many commercial videos. In 2018, she appeared in the reality show ‘Villa to Village’ as a strong contestant by ending up being a runner-up.

Akshara is seen in Tollywood Industry since 2017. She made her debut with the movie ‘Happy New Year’ and later she appeared in Sivantha Kangal, the first reverse music album.

She has also done several Telugu and Kannada movies.

She is Bachelor’s degree holder in psychology by education.

Akshara Reddy has entered as one of the contestants in the Bigg Boss house on 3rd October 2021. In the first week, all the housemates were divided into the cooking team, housekeeping team, vessel washing team and washroom cleaning team. Akshara became part of the cooking team. While the storytelling session, she had a lot of fun along with Raju, Iykki and others. She tried to learn yoga from Raju Jeyamohan along with Varun and Abhishek Raja. She also took appreciation from the host of the show, Kamal Haasan for practising yoga inside the house during the first-weekend ka vaar episode, Saturday, 9th October 2021. However, in the weekend episode, Sunday, 10th October 2021, host Kamal Haasan gave a task in which he asked each and every contestant to give one like and one dislike to another contestant based on their observation in the past 5 days and at the end of the task, Akshara got 4 dislikes given by the housemates and the reasons put forth by them affected Akshara a lot. Finally, she broke down thinking about it.

Akshara along with all the housemates was nominated for the 1st-week elimination, but the good thing is that there was no elimination process for the first week. However, for the second week’s elimination, Akshara was also nominated along with the other contestants.

In the Oru Kadhai Sollattuma task, each and every housemate had to narrate their life story, to which other contestants had to respond to their reactions through emojis. Akshara also narrated her story as part of the task and became emotional. She spoke about the most important heroes in her life, that is, her father, mother and her brother. She revealed the sacrifices her mother made. She highlighted the tough time faced by her and her brother when their mother got ill due to a kidney ailment in 2019. She also expressed her gratitude towards her brother for the love and affection he showers on her in absence of her father.

On the day of Vijayadashami festival, 15th October, as instructed by Bigg Boss, Akshara, along with Abhishek Raaja and Pavani Reddy teamed up and conducted an opinion poll in which they had to discuss with all the housemates and gather their opinion on which contestant entertains the audience most and who entertains the least.

She was safe from the 2nd week’s eviction, which was revealed on weekend ka vaar by the host, Kamal Haasan.