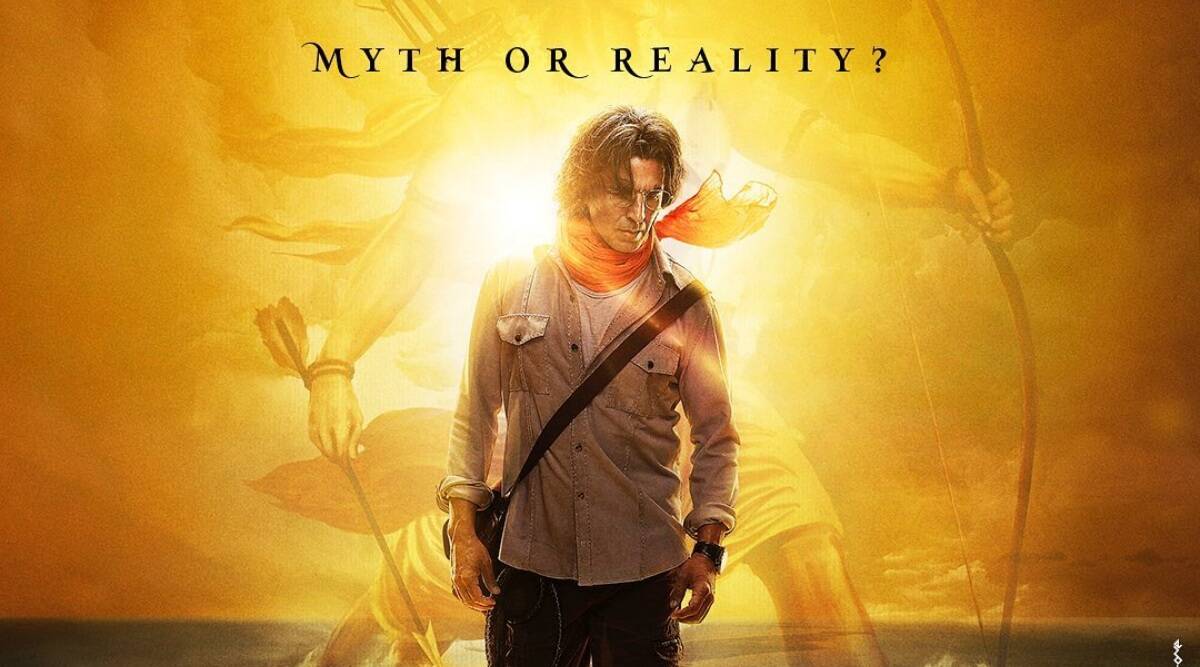 On the auspicious occasion of Diwali, actor-producer Akshay Kumar took to social media to announce the details of his film titled Ram Setu.

Akshay captioned the photo, “This Deepawali, let us endeavor to keep alive the ideals of Ram in the consciousness of all Bharatiyas by building a bridge (setu) that will connect generations to come. Taking this mammoth task ahead, here is our humble attempt – RAM SETU ! Wishing you & yours a very Happy Deepawali!”

The poster of the film features Akshay Kumar in a dishevelled look with a saffron scarf around his neck. The background of the poster has Lord Ram with a bow and arrow. It also features the text, “Myth or Reality?” The makers have released posters in English and Hindi.

Ram Setu will be directed by Abhishek Sharma, who has previously helmed films like The Zoya Factor, Parmanu, Tere Bin Laden among others. Chandraprakash Dwivedi, who is directing Akshay’s upcoming Prithviraj, is credited as the creative producer on the film.

Apart from Prithviraj, Akshay’s upcoming films include Sooryavanshi, Bell Bottom and Atrangi Re.