Home EntertainmentBollywood Akshay Kumar Is Proud Of Taapsee Pannu’s Bollywood Journey & So Are We!

Akshay Kumar Is Proud Of Taapsee Pannu’s Bollywood Journey & So Are We! 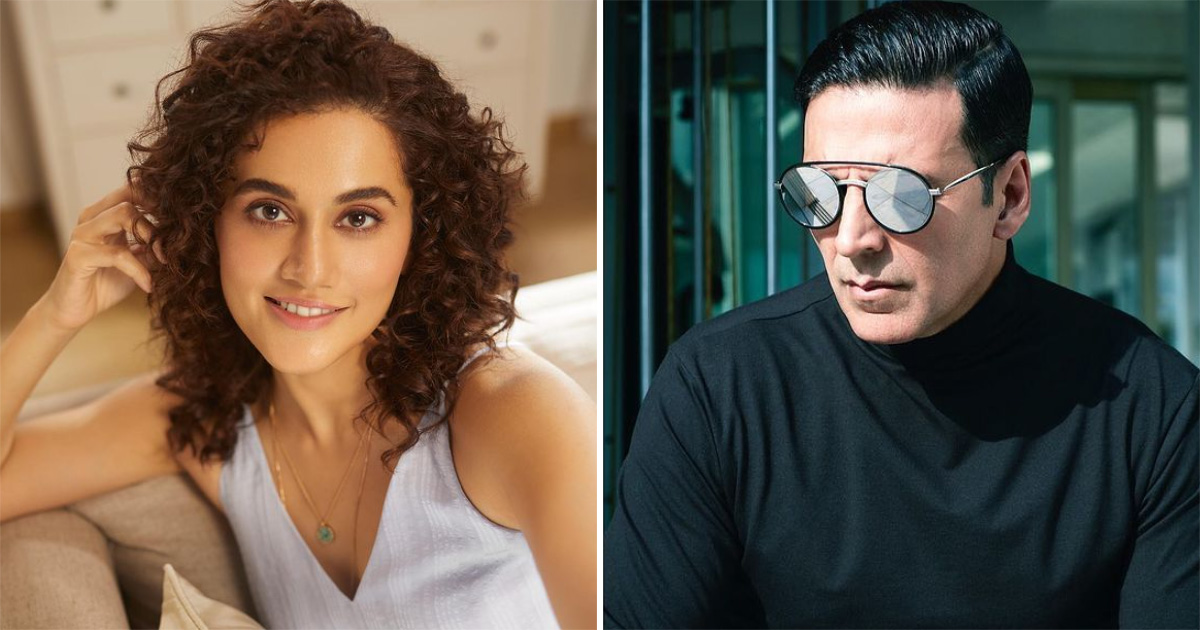 The compliment from the star came after Taapsee tweeted posters of “Baby” on Saturday and wrote: “Dear actors, Number of minutes don’t matter, the impact u leave with what u do in those minutes …… matters. 7 minutes that changed the direction of tide for me FOR GOOD. Yours truly, Naam Shabana (Winking face emoji).”

Akshay replied to her tweet saying: “Absolutely! Always make the most of what you have… proud of you and your onwards and upwards journey.”

Neeraj Pandey’s action thriller “Baby” released on this day in 2015. Starring Akshay with Rana Daggubati, Danny Denzongpa, Anupam Kher and Taapsee, the film cast the actress as undercover agent Shabana Khan. She reprised her role in the 2017 film “Naam Shabana”, a prequel to “Baby”.

Meanwhile, Taapsee Pannu says she is not a ‘protein bar kind of a person’ and that “laddoos” work for her.

Taapsee posted a string of pictures on Instagram where she could be seen gorging on some besan laddoos.

“Not a Protein Bar kind of person. What works for me are ‘laddoos’ approved by my superwoman @munmun.Ganeriwal. Filled up with the goodness of besan, coconut, nuts, gond and ghee. She calls it the ‘Protein Energy Balls’ and I call it my ‘healthy indulgence’#rashmirocket#eatingwise#healthyistasty,” she wrote as the caption.

Taapsee is currently busy shooting for her next film “Rashmi Rocket”.

Must Read: The Family Man 2: Samantha Akkineni Already Achieves A Huge Feat & It’s As Important As Manoj Bajpayee In The Show!