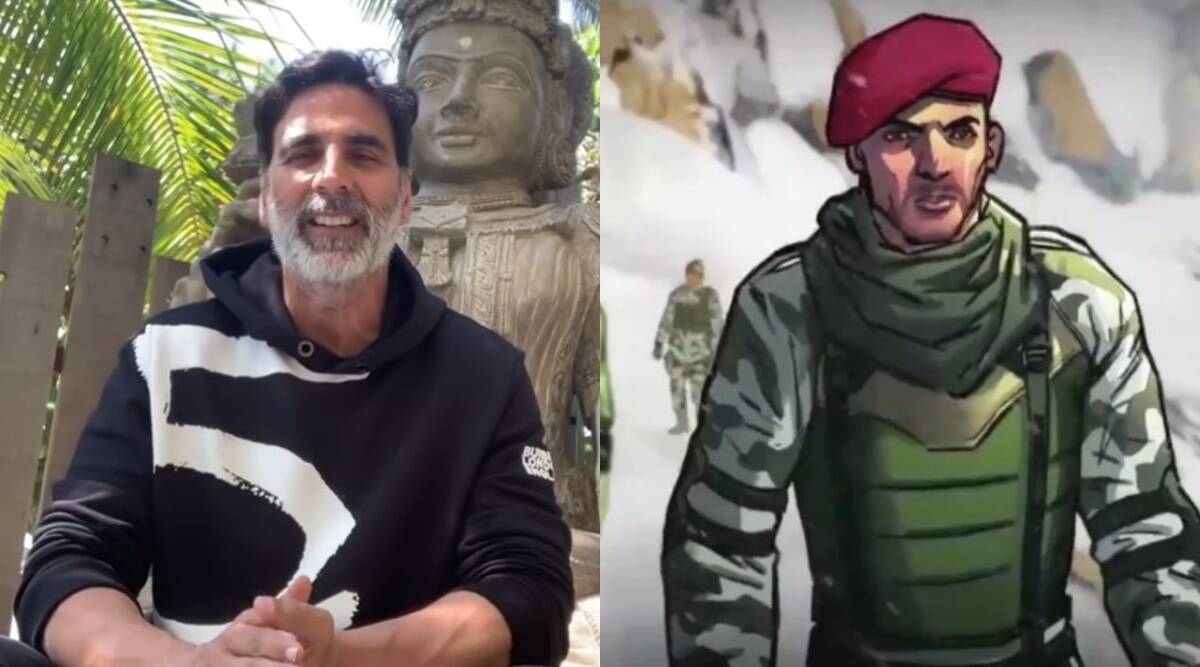 The Sooryavanshi actor shared a trailer of the game along with the announcement. The first episode of the game will be based on the Galwan Valley in Ladakh. Further episodes will be set amid Indian battle backdrops.

Face the enemy. Fight for your country. Protect Our Flag. India’s most anticipated action game, Fearless and United Guards: FAU-G takes you to the frontlines and beyond! Start your mission today.
Download now: https://t.co/8cuWhoq2JJ#HappyRepublicDay #FAUG @BharatKeVeer pic.twitter.com/uH72H9W7TI

nCore games’ FAU-G has crossed 5 million registrations on the Google Play Store. Vishal Gondal, nCore Games CEO and co-founder, told indianexpress.com, “FAU-G is trying to portray the life of an Indian Soldier and how faujis are fighting for us on the border.”

While the game is free to play, the in-app purchases will allow users to get different skins for their avatars. 20 per cent of the game’s revenue will be donated to Bharat Ke Veer foundation. “We are also donating 20 percent of the game’s revenue to the ‘Bharat ke Veer’ foundation, which will also allow Indians to also contribute positively to the army,” said Gondal.

FAU-G was first announced after PUBG was banned in India in September 2020. Akshay had then shared on Twitter, “Supporting PM @narendramodi’s AtmaNirbhar movement, proud to present an action game, Fearless And United-Guards FAU-G. Besides entertainment, players will also learn about the sacrifices of our soldiers. 20% of the net revenue generated will be donated to @BharatKeVeer Trust #FAUG.