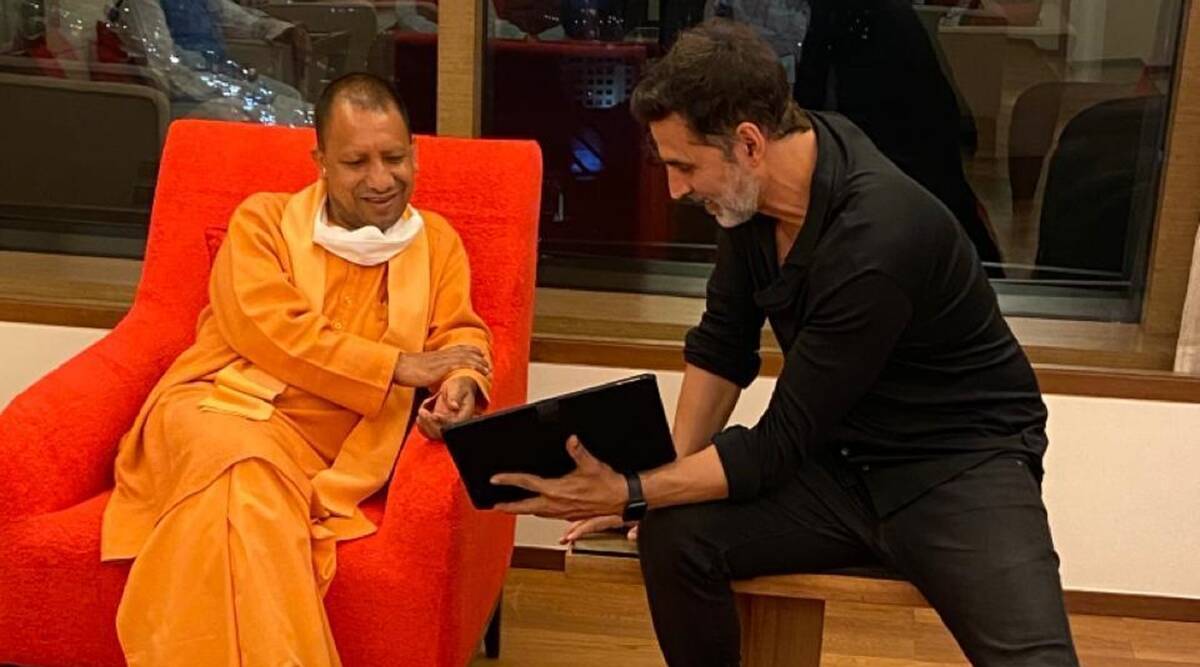 Bollywood actor Akshay Kumar on Tuesday met Uttar Pradesh Chief Minister Yogi Adityanath during his visit to the city and discussed his upcoming film Ram Setu, according to sources.

The Laxmii actor met the UP CM for dinner at Trident Hotel.

Ram Setu, to be directed by Abhishek Sharma, aims to chronicle the story of the Ram Setu bridge.

Bollywood producer Rahul Mittra had earlier told PTI that Yogi Adityanath is scheduled to meet a delegation of Bollywood filmmakers on Wednesday to discuss the future of the proposed film city in Uttar Pradesh.

In September, the UP CM had unveiled an ambitious plan to set up a film city in Noida and rolled out an open offer to the film fraternity to come to the state for filmmaking.

Neha Kakkar ahead of Akshay Kumar in the list of top best...

Bhumi was traumatized when she first met Akshay Kumar

Kumar Sanu: Don’t think person like me can do anything in politics

MUMBAI: Election time in Bengal is round the corner, and almost every...
Read more

How To Check What iPhone Apps Are Using Your Camera?

Realme Could Be Working on a New Phone, Specifications Tipped

Is Dane DeHaan returning as Green Goblin in ‘Spider-Man 3’? The actor responds