Akshay Kumar on Laxmmi Bomb: My character has been handled wisely, sensitively 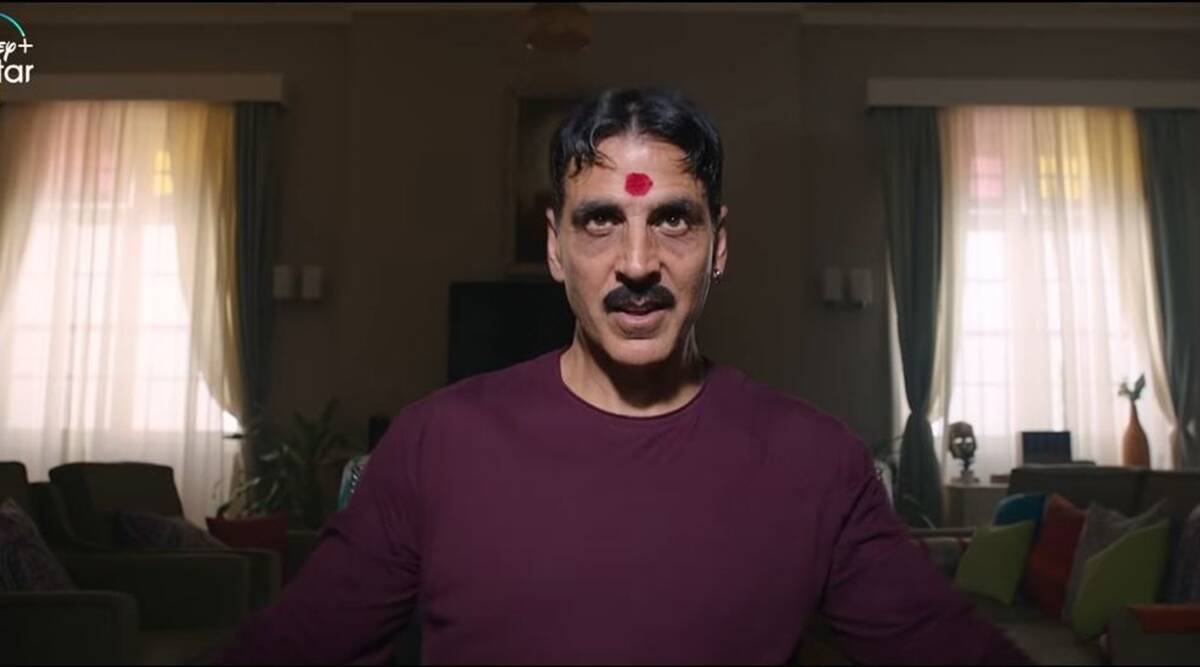 Akshay Kumar’s next project is Laxmmi Bomb, a comedy-horror film that is directed by Raghava Lawrence. It is the Hindi remake of Lawrence’s own 2011 Tamil film Muni 2: Kanchana.

While speaking to Maniesh Paul in a promotional interview for the film, Akshay said, “I’ve been in my career for 30 years. But the character of Laxmmi has been the most mentally intensive role I’ve ever played. But somehow I managed it. And I thank my director. He is behind everything about this character — how it moves, what it says and how it dances.”

He added, “In a way, I have imitated him. If this film works, it is because of Lawrence.”

In the film, the character of Akshay Kumar gets possessed by a spirit, and what happens post that forms the backbone of the story. In the released promos, we also see Akshay donning the saree. Further commenting upon his character, the actor said, “While making PadMan, Toilet: Ek Prem Katha, I came across facts and figures which were shocking. Similarly, in the case of transgenders, there is an issue of acceptability. And I feel that that has been handled very wisely and sensitively in Laxmmi Bomb by the makers.”

The movie was earlier going to be released in theatres, but due to the coronavirus pandemic and the global shutdown of all media production, the film will now premiere on Disney+ Hotstar.

RRR: Find out how Ajay Devgn’s character will look like in the film! –...

‘Grey’s Anatomy’: Another Beloved Character Makes A Return To The Beach