Home EntertainmentBollywood Akshay Oberoi: Imran Khan has left acting at the moment, there’s a better writer and director inside him

Akshay Oberoi: Imran Khan has left acting at the moment, there’s a better writer and director inside him 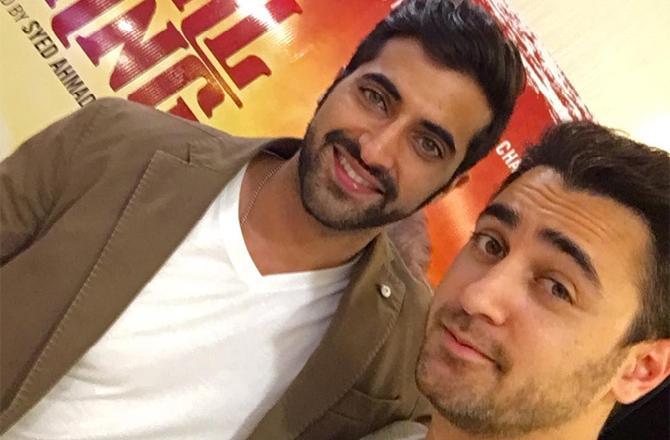 Imran Khan, who’s Aamir Khan’s nephew, made his grand Bollywood debut in 2008 with Jaane Tu… Ya Jaane Na and the film was a big hit at the box-office. He then went on to do films like I Hate Luv Storys, Mere Brother Ki Dulhan, Ek Main Aur Ekk Tu, and Delhi Belly.

He was last seen in 2015 with Kangana Ranaut in Katti Batti and ever since then, has not been seen on the celluloid. In an interview with Navbharat Times, actor Akshay Oberoi said Khan has left acting at the moment and feels there’s a better writer and director inside him.

Talking to the daily, he said, “My best friend in Bollywood is Imran Khan, who is no longer an actor because he has quit acting. Imran is my closest friend, whom I can get up at 4 am and call. Me and Imran have been with each other for almost 18 years, we studied acting together at Kishore Acting School in Andheri West.”

Also Read: High Actor Akshay Oberoi Gives In To The Dark Side

He added, “Imran Khan has left acting at the moment. As far as I know, there is a better writer and director inside Imran, I do not know when he will direct his film himself, I am not going to put any pressure, but as a friend, I think so he will direct his film soon. Also, when Imran directs, I know he will make a wonderful film because his sensibility and understanding of cinema is very high.”

Also, there have been rumours that his marriage with Imran Khan with Avantika Malik was on the rocks. While neither of them have given any official statement as yet, Avantika Malik’s frequent cryptic social media posts have got netizens wondering about the couple’s marital status.

The couple tied the knot in 2011 and have a daughter named Imara.