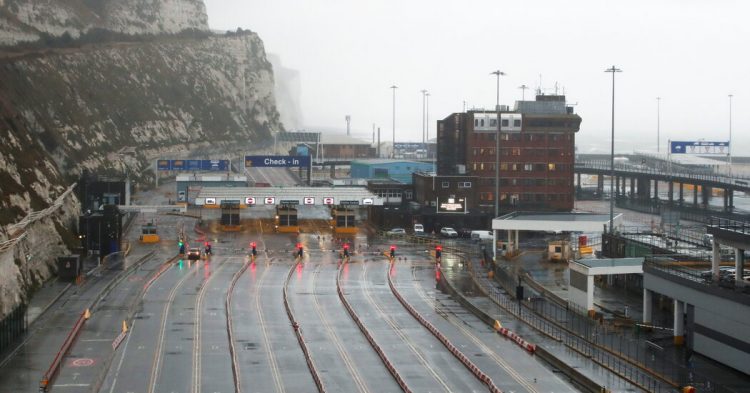 Britain, struggling to contain an outbreak of what officials said was a more contagious variant of the coronavirus, found itself increasingly isolated on Monday as nations raced to ban travelers from the country, suspending flights and cutting off trade routes.

France imposed a 48-hour suspension of freight transit across the English Channel, leaving thousands of truck drivers stranded in their vehicles on Monday as the roads leading to England’s ports were turned into parking lots. About a quarter of all food eaten in Britain is produced in the European Union. Stocks slid on the news.

European Union leaders planned to meet on Monday to devise a “common doctrine” for dealing with the variant’s threat. And Prime Minister Boris Johnson of Britain was planning to convene the government’s emergency committee.

The French transportation minister, Jean-Baptiste Djebbari, said on Twitter on Monday that France was working to “set up a robust health protocol” enabling traffic leaving Britain to resume but that it was unclear how soon such a solution could be found.

The disruption comes at a time of heightened uncertainty, with traffic at the ports already swelling before the Dec. 31 Brexit deadline. With time running out for a trade deal, Mr. Johnson and his European counterparts continue to engage in frantic last-minute negotiations.

The swift action taken by France and other nations reflected the alarm sparked by the British government’s announcement that a new variant of the virus was spreading out of control in London and surrounding areas.

Mr. Johnson, speaking to the nation on Saturday night as he announced draconian restrictions on movement, said that the variant had been shown to be 70 percent more contagious than other variants.

Viral mutations are not uncommon, and British officials said this variant had been detected in a handful of other countries. The estimate of greater transmissibility for the variant is based on modeling and has not been confirmed by lab experiments, said Muge Cevik, an infectious disease expert at the University of St. Andrews in Scotland and a scientific adviser to the British government.

British officials said there was no reason to believe that the new variant caused more serious illness.

Even with so much about the variant uncertain — including how widely it was already circulating around the world — nations wasted no time in seeking to essentially quarantine England.

Beyond the European Union, Canada, India, Iran, Israel and Russia were among the places issuing their own restrictions.

Hong Kong on Monday also closed its borders to travelers from Britain, saying all passenger flights from the country would be barred starting at midnight. The ban will be extended for the first time to Hong Kong residents, as well as transit passengers who spent more than two hours in Britain over the past two weeks.

Sophia Chan, Hong Kong’s health secretary, acknowledged that the travel ban comes as many students are returning to Hong Kong for the holidays. “We have never imposed such severe restrictions on any region in the past, but the variant in Britain is spreading so rapidly that it is necessary to block the spread of this mutation from its source,” she said at a news conference.

In addition, anyone who arrived in Hong Kong from Britain in the past three weeks will be required to quarantine for an additional week and submit further samples for testing.

Saudi Arabia went even further in trying to halt the variant from gaining traction, announcing a one week ban on all international travel, according to the Saudi Press Agency.

In the United States, Gov. Andrew M. Cuomo of New York urged the federal government to take action, saying that “right now, this variant in the U.K. is getting on a plane and flying to J.F.K.,” while also acknowledging that it may be too late. The State Department said that its travel advisory for Britain remained unchanged at Level 3.