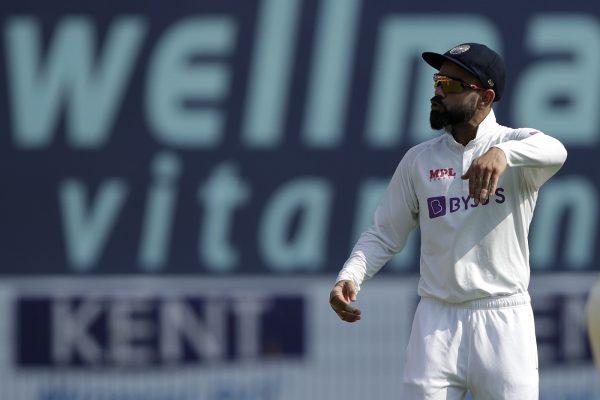 Alastair Cook believes Virat Kohli wasn’t himself as a captain in the first Test against England at Chennai. The former England captain reckons Kohli followed a relaxed style which worked for India in Australia. Cook was surprised to see these tactics of Kohli and the Indian as side as England humbled them in the opening Test match of the series.

The visitors won a crucial toss and from that point onwards completely bossed the Chennai Test. Kohli after the loss admitted that his side lacked intensity and wasn’t able to put any pressure on England in the first two days of the Test. Now, Cook expects Kohli to be aggressive and animated throughout in the remaining 3 Test matches.

The Indian captain was in his element during the second innings as he was fired up whenever India picked a wicket. Cook pointed out that Kohli should stick to his natural way and lead India the same way as it has brought him success in his captaincy career.

“In that first innings India were lackadaisical. In the second innings, Kohli was back to what he was, so I imagine we’ll see more of that [animation]”,Cook was quoted as saying by Sky Sports.

“Was that a deliberate ploy from Kohli because it was mentioned that India preferred that relaxed style? It didn’t work for him. It’s not his natural way, so he’s got to carry on doing what he does, because they have been successful”, Cook added.

Meanwhile, Kohli is receiving criticism from every quarter after India lost the 4th consecutive Test match under his captaincy. However, Kohli remains unfazed and is only focused on playing competitive cricket in the next 3 Test matches. The second Test between India and England will again be played at Chennai from 13th February.