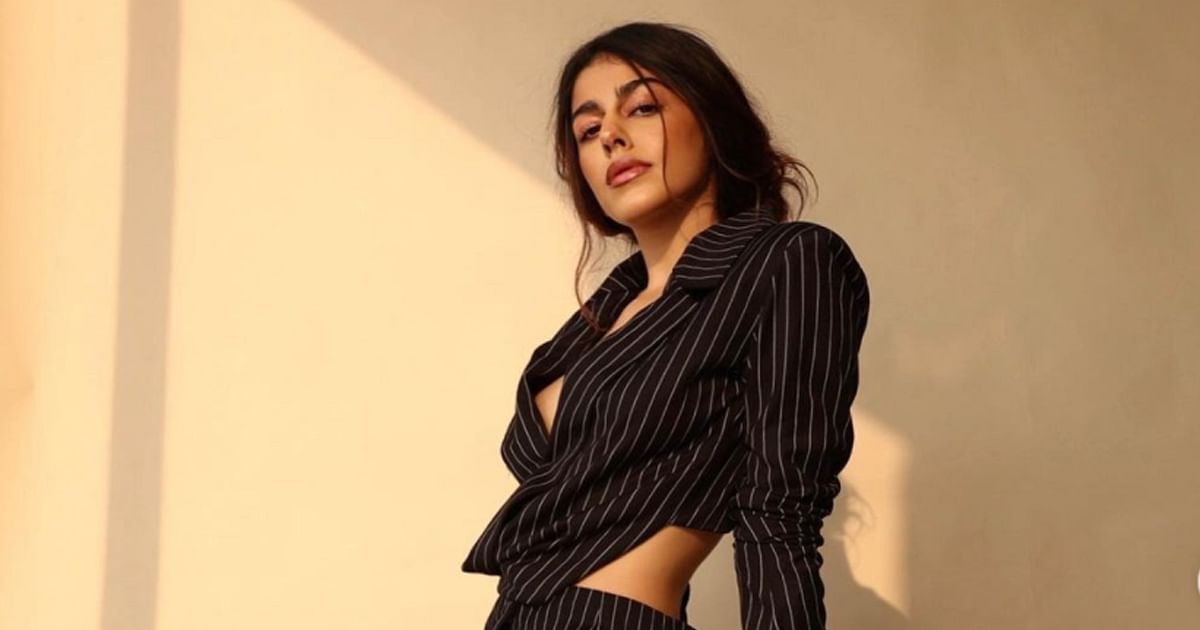 Alaya F is one of the hottest young debutantes of Bollywood who made a great impact on the audience with just her first film, Jawaani Jaaneman. Besides this, the other place this young star has wowed the audience is her social media where she shares compelling pictures of herself from time to time.

And now, the very talented, Alaya F has taken to her social media to share jaw-dropping photos of herself once again, where she looks stunning in a checkered dress topped with rectangular studded earrings in a monochrome frame. Giving the caption a humorous twist she wrote, “My face when @bharat_rawail told me he doesn’t retouch photos at all 😅”.

Alaya is known to be a talent powerhouse as she has impressed fans with her multiple skills from acting, dancing to makeup and yoga among others. She simultaneously entertains the audience on her social media with the #AlayaAF series which features her in her most candid and fun form. From her own take on trending challenges to other hobbies, the series follows it all.

This young debutante has also been the face of leading magazines multiple times as she has donned the covers with her gorgeous looks and breathtaking smile.

Alaya F has left the audience in awe with her debut film Jawaani Jaaneman and won hearts on social media while also becoming a favourite cover girl for magazines in such a short span of time. So we are all pumped to see what the budding star is set to stun us with next.