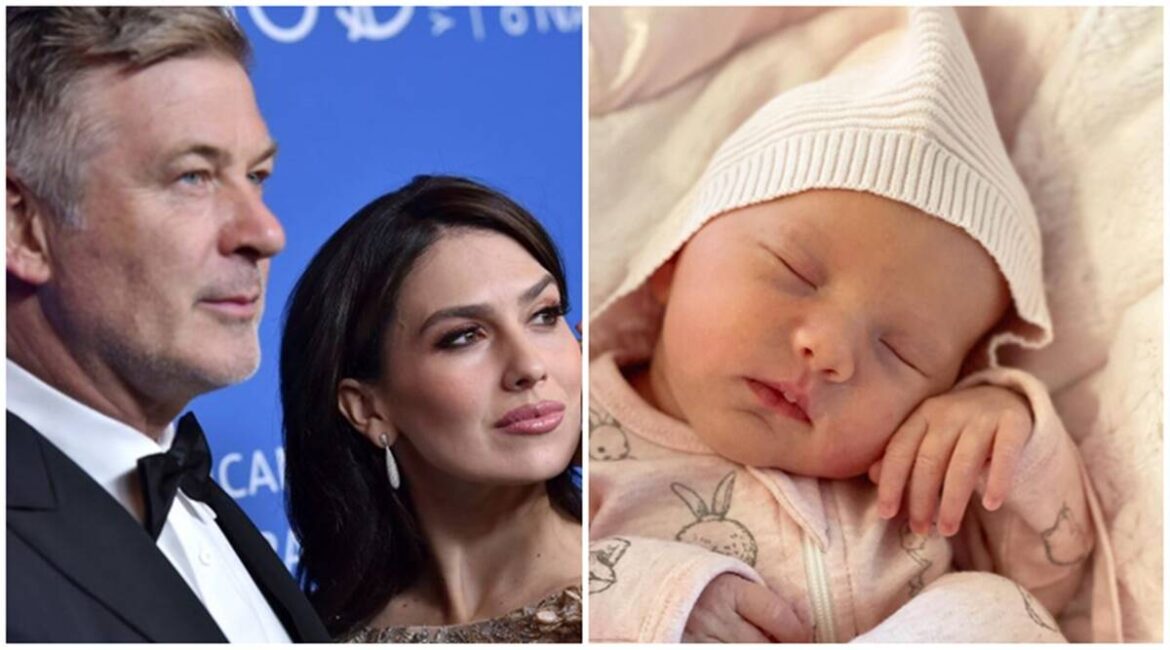 Hollywood star Alec Baldwin and wife-yoga instructor Hilaria Baldwin have welcomed their sixth child, a baby girl, five months after giving birth to Eduardo, their fifth. The couple has named the newborn Lucia. Hilaria Baldwin posted on Instagram a picture of the baby and wrote that Lucia was “a dream come true.” “We are so in love with our daughter, Lucia. Just like your brothers and sisters, you are a dream come true,” read the post.

Minutes later, Alec also shared the baby’s picture and captioned it, writing, “Blessed.” Hilaria Baldwin shocked fans on Monday when she shared a picture of herself with the newborn and her older siblings. She captioned the picture, taken by Alec Baldwin, writing “7” and a red heart emoji.

The couple has Carmen, seven, Rafael, five-and-a-half, Leonardo, four, and Romeo, two-and-a-half years. Alec Baldwin also has 25-year-old daughter Ireland, from his previous marriage to actor Kim Basinger. A source confirmed to Page Six that the couple didn’t provide insight as to whether they used a surrogate or adopted the child, something many people have been speculating on social media.

“We’re still not issuing a statement or confirming anything — what she posted stands,” the couple’s representative told the publication when asked for further details.

Irked by a comment on Instagram about Lucia and Hilaria’s pregnancy, Alec Baldwin snapped at the follower, asking the user to “mind your business.” “You should shut the f**k up and mind your own business,” the Departed star replied to the comment.