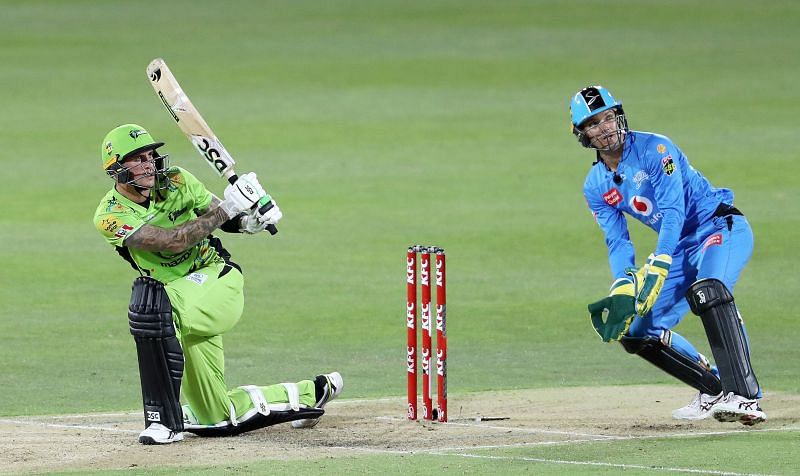 Alex Hales broke the record of most sixes in a single BBL season on Monday, as he led the Sydney Thunder to a nine-wicket win over the Adelaide Strikers.

Just days after scoring his first BBL hundred, Alex Hales scored a 39-ball 63 to lead his side to victory. He hit four sixes during his Man-of-the-Match award-winning performance, taking his tally for the season to 30 sixes. He beat the previous record held by Marcus Stoinis, who hit 28 sixes last season.

The knock also helped Alex Hales extend his lead at the top of the BBL run-scorers table. Hales now has 535 runs after 14 innings, with the second-placed Josh Philippe a long way behind at 453 runs.

Alex Hales’ performances have led to calls for him to return to the England squad. He has been in sublime form since being dropped by his country in 2019. It is no doubt an encouraging sign ahead of the upcoming ICC T20I World Cup. And a number of IPL franchises will surely be eyeing him at next month’s auction as well.

The Strikers have 28 points after completing the group stage and are fourth in the BBL standings. The Hurricanes are a point behind, going into tomorrow’s game against the Melbourne Renegades. The Heat are three points behind and play the Perth Scorchers. The Melbourne Stars will host the Sydney Sixers in the final game as the BBL group stage concludes on Tuesday.