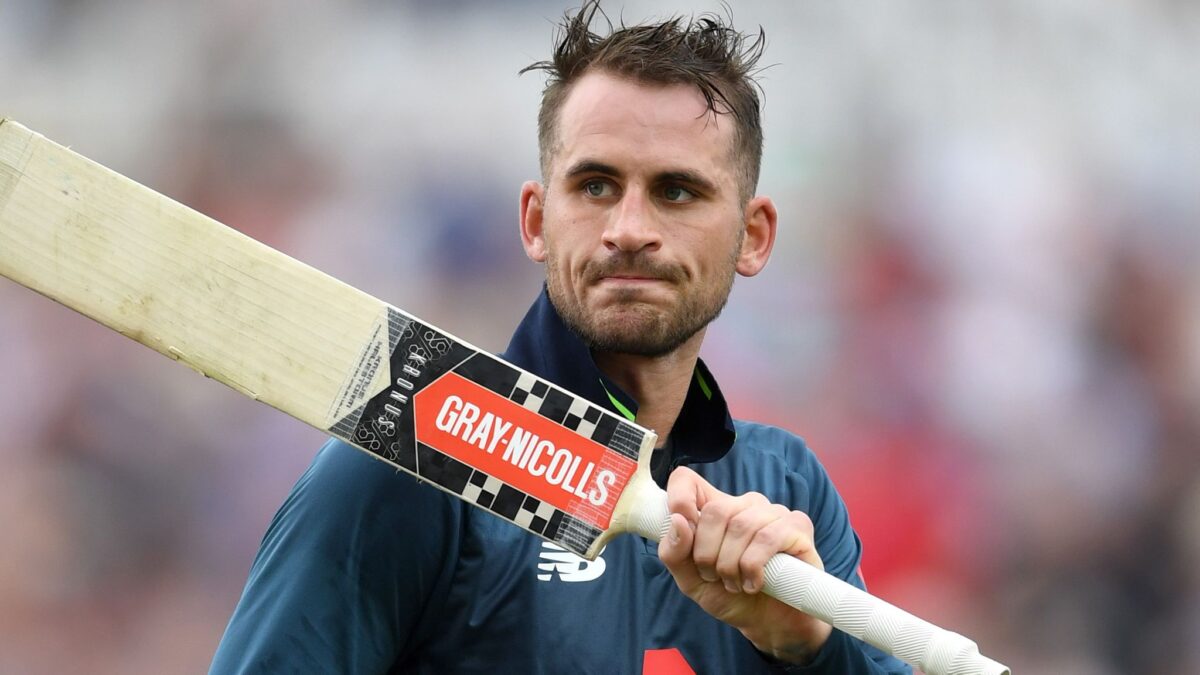 The National Selector of the England Cricket Board (ECB), Ed Smith has indicated that Alex Hales could be given another chance to wear the England cap. But it is a long and patient process for the aggressive opener, who last played for his country in March 2019.

Alex Hales was a key member of Eoin Morgan’s team who was chasing the World Cup at home. However, just months before the mega-event, Hales was banned for three weeks for failing tests for recreational drugs – it was the second such incident for Hales.

Since then, the ECB and captain Eoin Morgan have come down severely on the opener and had not picked him in the white-ball side for about two years. Morgan has admitted to having lost ‘trust’ from the opener and despite Hales performing well in T20 leagues he has been kept away from the national team.

We might look at something in the summer for Alex Hales: Ed Smith

However, now considering Alex Hales’ sublime form in the Big Bash League –  543 runs at an average of 38.7 and a strike rate of 161.6 taking Sydney Thunder to the playoffs – Ed Smith may just reconsider to give the 32-year-old another chance.

However, it’s is going to be challenging, more than ever, for Hales to come in the squad, let alone the eleven, for the T20 World Cup. England currently has Jos Buttler and Jason Roy as their openers; Jonny Bairstow is at three and can be promoted anytime to shift Buttler down; Dawid Malan, the ICC no.1 T20I batsman, even doesn’t have a confirmed spot in Morgan’s team.

Add to it, if Joe Root, who was never dropped on form but was given rest, is reconsidered for the shortest format.

“What I can say is that maybe in the English summer, we are always looking for ways to consider players who aren’t currently in the actual squad to come along to training days, perhaps in the run-up to a series.

“We might look at something like that in the summer (for Hales) and something we might consider with people who are good cricketers but just outside the actual squad at the moment. Something we do from time to time when there’s an opportunity to keep growing and expanding that group of players,” said Ed Smith.

The first step for Alex Hales would be to get a buyer at the upcoming IPL auction slated for 18th February in Chennai and hope to get some game time in the tournament – and score runs.

Also Read: Desperate To Be Part Of An IPL Season, Says Joe Root