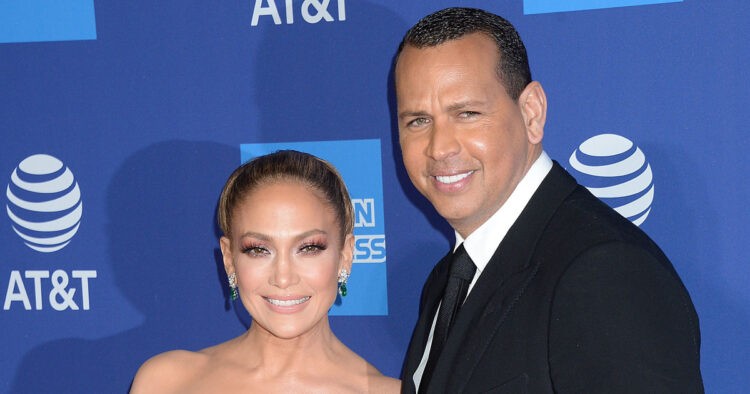 Are Jennifer Lopez and Alex Rodriguez still together? The couple sparked split rumors amid reports they called off their engagement, but they quickly shut down the speculation.

The frenzy started on Friday, March 12, when multiple outlets reported the pair had called it quits. The following day, In Touch confirmed the couple was still together and denied they broke up.

“All the reports are inaccurate,” J. Lo, 51, and A-Rod, 45, told TMZ in a statement on Saturday, March 13. “We are working through some things.” The outlet also noted that the pair’s relationship issues have “nothing to do with a third party.”

It seems the “third party” acknowledged was a nod to Southern Charm star Madison LeCroy, who found herself at the center of an alleged cheating scandal with the former New York Yankee in January.

During part one of the Bravo show’s season 7 reunion special, Madison’s costar Craig Conover accused her of flying “to Miami to f—k an ex-MLB player” amid the coronavirus pandemic in 2020. She denied the allegation at the time, slamming it as “fake.”

But fans started speculating that her mystery former MLB man was Alex after eagle-eyed followers saw he has “liked” and “unliked” several of the makeup artist’s photos on Instagram — which prompted her to address the rumors.

“He’s never physically cheated on his fiancée with me,” Madison, 30, told Page Six in February. “[It’s] never been physical … never had any kind of anything. Just an acquaintance.” The South Carolina native added that she’s “spoken” to the athlete on the phone “randomly, but not [consistently].”

Shortly after she set the record straight, a source close to the former shortstop told Us Weekly he had “never met” her.

Despite there being no truth to the cheating allegations, the “I’m Real” singer and Alex still hit a rough patch in their relationship following the drama after nearly four years together. The couple, who started dating in 2017 and got engaged in March 2019, “did have some problems” before they sparked split reports, a source exclusively revealed to In Touch.

“Jen is jealous and she hates bad press,” the insider reveals about the couple’s relationship issues. “Especially cheating rumors on Alex’s part.”

“[Jen] believed him when he told her that [the rumors] weren’t true. If she thought that Alex cheated on her, she would be devastated, but she’d dump [him] instantly,” the source added. “She did make Alex, who is a flirt, promise to do better, to avoid getting mixed up in questionable situations that could cause cheating rumors. So there was that conversation.”

Keep scrolling below to find out everything we know about J. Lo and A-Rod’s relationship woes.