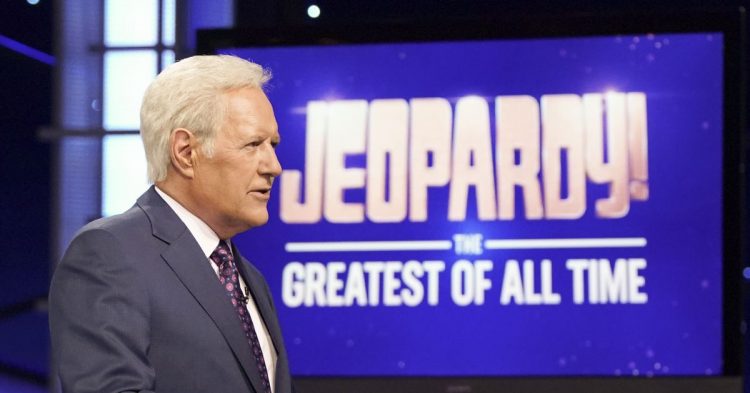 Alex Trebek’s last episode of Jeopardy will air on January 8, bringing the beloved host’s tenure on the iconic game show to an end after more than three decades.

Trebek was filming in the Jeopardy studio through late October, not long before his death at age 80 on November 8. Because the game show is produced with a relatively long lead time, new episodes featuring Trebek have continued to air posthumously. His final episode was originally slated to air on Christmas Day; however, the show is now closing out the year with “10 of his best episodes,” which kicked off on December 21. The host’s last week of episodes has been rescheduled to run from Monday, January 4 through Friday, January 8, 2021.

Trebek took over as Jeopardy host in 1984, when a revived version of the classic show premiered. (The original version of Jeopardy, hosted by the actor Art Fleming, ran from 1964 to 1979, airing every weekday afternoon on NBC.) Trebek went on to become one of the most familiar faces on American television, and was intent on continuing to stay that way for as long as possible, while keeping an eye on both his age and his health.

In 2019, Trebek revealed to the public that he had been diagnosed with stage 4 pancreatic cancer. But he remained on the job as much as he could while pursuing aggressive treatment, adamant that he did not want to leave Jeopardy in light of his diagnosis.

Speaking to reporters at the Television Critics Association winter press tour in January 2020, Trebek said he planned to only inform his producers that he was stepping away from the series on the day he taped his final program.

“I made this decision a long time ago. What I would do, it would be the same as when I shaved my mustache. I would do it on a whim,” Trebek said. “On that particular day, I will speak to Harry [Friedman, executive producer], and I will speak to Clay [Jacobsen], our director, and tell them, ‘Give me 30 seconds at the end of the program. That’s all I need to say goodbye, because it’s going to be the last show.’”

The beloved TV personality received immense public support in his decision to continue hosting Jeopardy, including from contestants. One memorable episode that aired in the fall of 2019 ended with a contestant writing “We love you, Alex!” as their Final Jeopardy response. Trebek responded to the message with tearful gratitude.

We don’t know exactly what to expect from Trebek’s final episodes of Jeopardy, or whether he was able to follow through with his plan to end his reign with a surprise on-air goodbye. (According to TVLine, Trebek did deliver at least one heartfelt speech that has yet to air.) No matter what those episodes hold, Trebek will always be an inextricable part of Jeopardy’s legacy, and a huge reason why Jeopardy is an inextricable part of weeknight TV.

Update December 23: Trebek’s final episode of Jeopardy was originally scheduled to air on Christmas Day. It was later rescheduled for early January. We have updated this story to reflect that change.