Home EntertainmentHollywood Alexander Ludwig (Vikings) married to Lauren Dear, he shares his joy with a sublime photo on Instagram – Crossover 99

Alexander Ludwig (Vikings) married to Lauren Dear, he shares his joy with a sublime photo on Instagram – Crossover 99 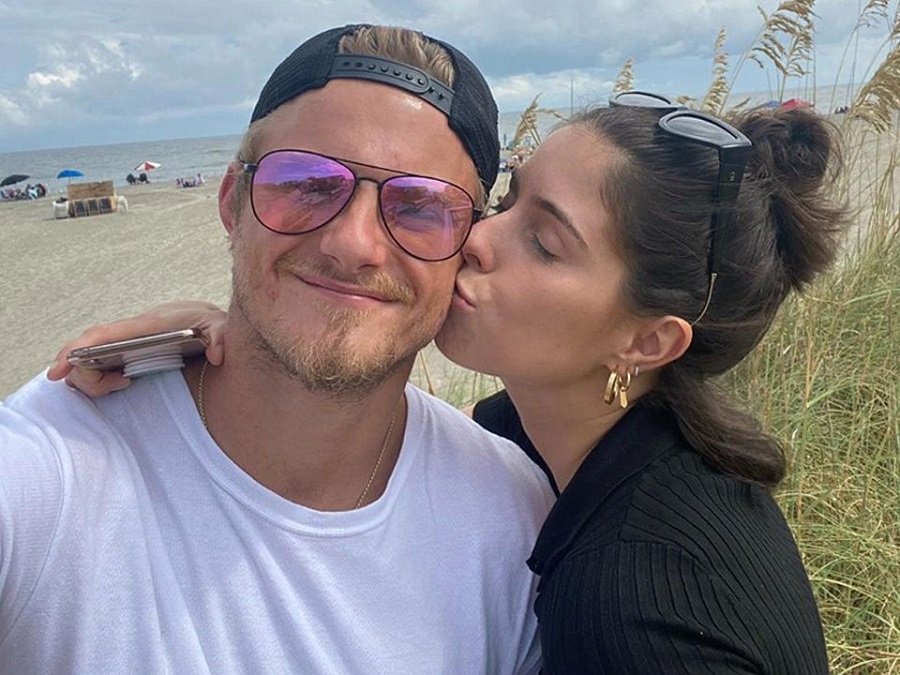 Surprise! Alexander Ludwig got married to Lauren Dear and it was on Instagram that the star shared his immense joy.

Last November, fans of the Vikings series exploded with joy when they learned that Alexander Ludwig was engaged to his girlfriend Lauren Dear, with whom he has been in perfect love for several months. But while we all expected a wedding at the end of 2021, a year after the engagement as tradition dictates, the 28-year-old Canadian actor surprised everyone by announcing that he is today a married man. Yes, a little over a month after the young woman said “yes”, the two lovebirds have officially united and it’s overjoyed that Alexander announced the good news on his Instagram account.

It is accompanied by a beautiful photo of the couple that the interpreter of Bjorn Lothbrok in the series Vikings said: “My wife, my best friend, the future mother of my children, my everything, Lauren Dear (…) We decided to run away to get married. It’s been such a crazy year but it certainly puts things in perspective. Life is too short and I didn’t want to go another day without calling this pretty girl my wife. Of course, when things calm down we’ll have a real party with our friends and family. But for now, the love of my life, our dog, and a yurt on top of a mountain in the middle of nowhere seemed like the perfect start “.Our congratulations to the newlyweds! While waiting for the big party, here’s everything you need to know about Lauren Dear, Alexander Ludwig’s new wife.