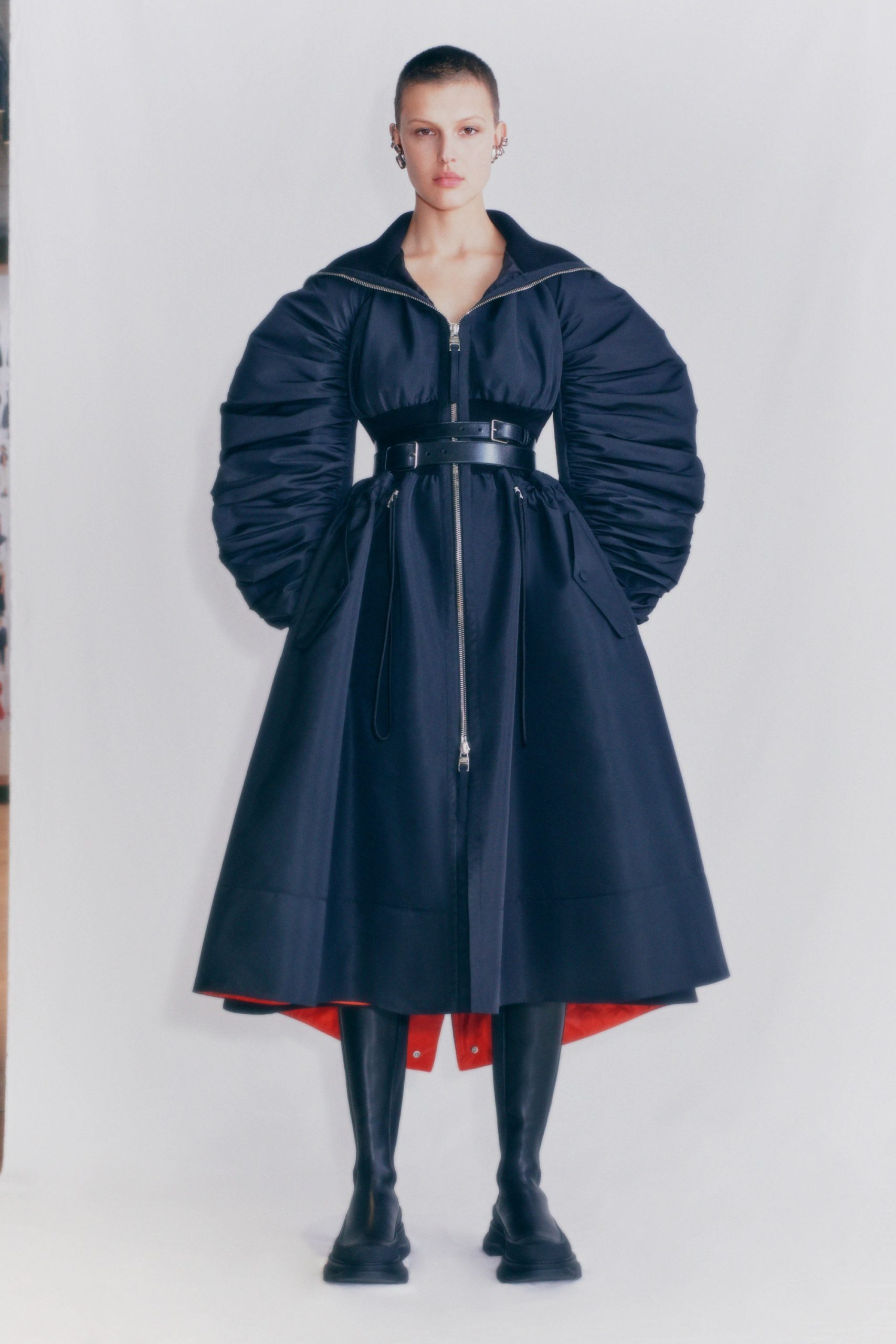 One of Alexander McQueen’s many dichotomies was to be simultaneously staunchly English and fiercely proud of his Scottish roots. So reviewing any collection made in his name right now creates a tempting peg upon which to contemplate the ironies inherent in the post-Brexit, Union-busting schism that may well lie ahead. Looking at this collection, however, all that hoo-ha flew out the window as serenely as the (Matisse-y) doves that featured on satchels, shirting, and hand-crocheted knits.

This season saw Sarah Burton and her team observe its go-to McQueen dichotomy in a plethora of hybrid garments that countered formal against informal and frothy against severe. Examples included a high-waist peak lapel tailored coat in wool conjoined with a poly-faille parka peplum; shirting and shirt-dresses in crisp white cotton poplin countered by poly-something sections of sporty rib at the cuff and waist; and a camel coat spliced against MA-1 bomber arms. Unlike the many other hybridists out there—gathered most densely in Japan—this McQueen team always counters the apparent anarchy of its garment clashes with a rigidly enforced symmetry akin to the protocols that still adhere in Savile Row.

These forced unions of adjacent but distinct cultural traditions in clothing worked well enough, yet this collection flew highest when focusing on pieces whose raison d’être was less about telegraphing meaning and more about being wonderful to wear and watch. These wonderful pieces included sweetheart neckline, puff-sleeved, and mega-skirted dresses in scarlet and ultramarine; dresses that paired sculptured scuba-material bodices with more expansively gathered skirting; and open-backed V-neck dresses in pink or red. Teamed with a badass boot and a handful or two of McQueen’s tough and tender jewelry, they made for looks in which to seize the present by the scruff of its neck and make unapologetic hay.