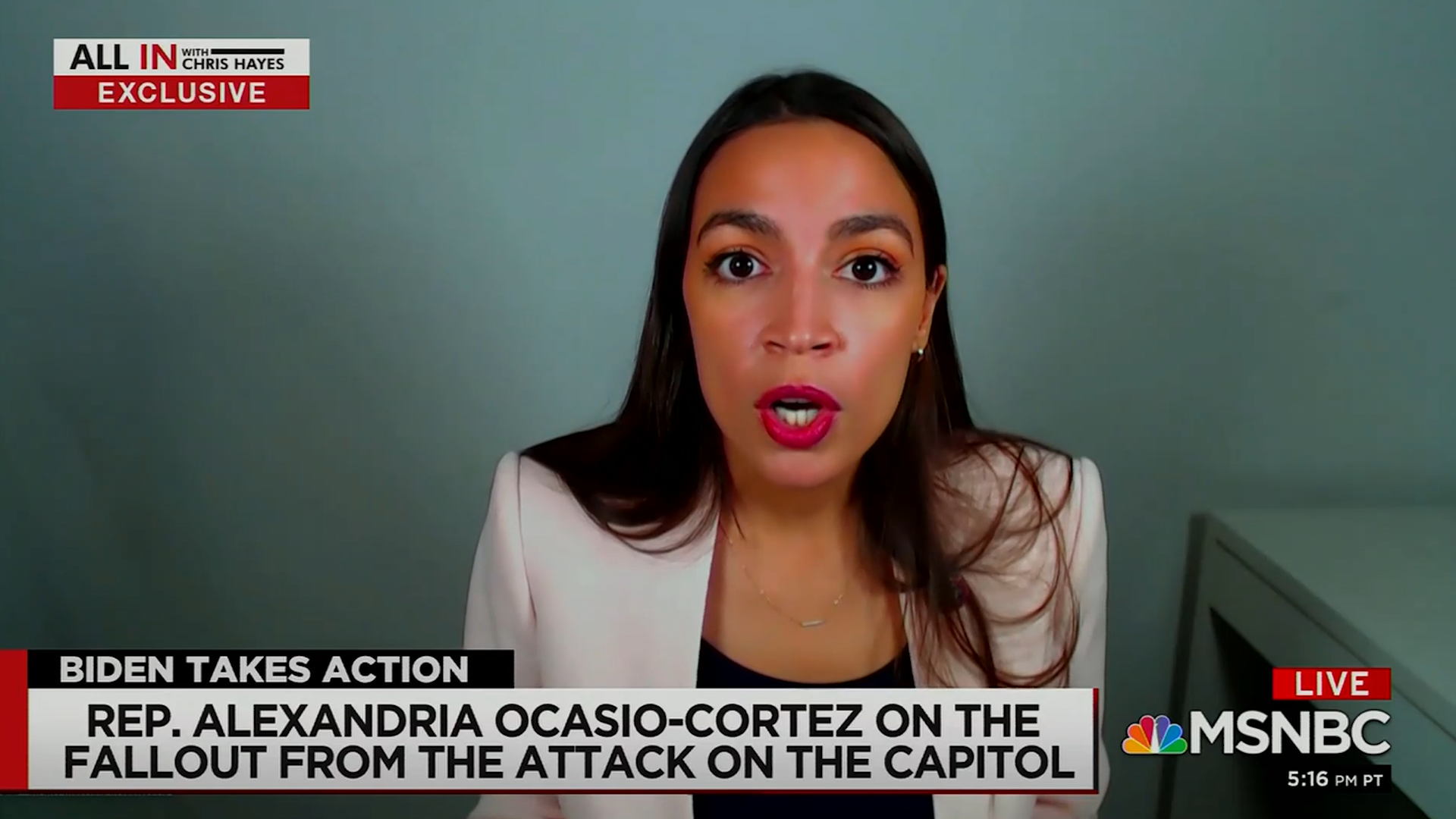 Representative Alexandria Ocasio-Cortez joined All In With Chris Hayes Wednesday night where she tore into the new House Republican Caucus when asked how it differs from the previous one. Ocasio-Cortez believes the new Caucus is much more extreme.

“There are legitimate white supremacist sympathizers that sit at the heart and at the core of the Republican caucus in the House of Representatives,” Ocasio-Cortez said.

Among the new Republican members is Marjorie Taylor Greene of Georgia, who adheres to QAnon conspiracy theories. In the past, she has advocated violence against prominent Democrats, harassed Parkland shooting survivor David Hogg and attempted to force muslim representatives Ilhan Omar and Rashida Tlaib to be sworn in on the Bible.

Then there’s Lauren Boebert of Colorado, a gun enthusiast who clashed with Capitol police after she set off a metal detector, and is reportedly QAnon friendly. Many of her colleagues in the House also suspect her of aiding those who stormed the Capitol on January 6.

The Oregon Republican Party recently claimed that the insurrection at the Capitol was carried out by leftists in an effort to harm Trump, and the Arizona Republican Party censured several members for not properly supporting Trump, including the governor for not supporting the efforts to overturn the state’s results in the presidential election. As state Republican Parties such as these become more extreme, Ocasio-Cortez believes that the Party as a whole is headed in the wrong direction.

“For Republicans that are in that caucus that are unwilling to hold that accountable or to distance themselves from it, we really, really need to ask ourselves what they are evolving into,” Ocasio-Cortez said. “Because this is no longer about a party of limited government, this is about something much more nefarious.”

All In With Chris Hayes airs weeknights at 8 p.m. on MSNBC.

Watch Alexandria Ocasio-Cortez talk about ‘a considerable amount’ of lawmakers who ‘still don’t feel safe around other members of Congress’:

Back to Top
Close Add post
X
Amitabh Bachchan feels pre-shoot jitters as he begins work for Ajay Devgn’s ‘Mayday̵…EntertainmentAmitabh Bachchan may have worked in the film industry for over five decades, but the Bollywood superstar still experiences jitters before he begins wo…