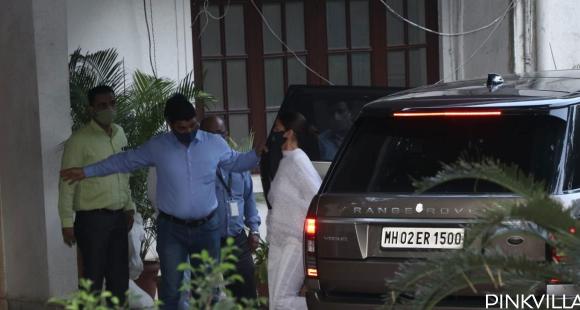 As Rajiv Kapoor breathed her last, Ranbir Kapoor’s ladylove Alia Bhatt was seen reaching the residence to pay her condolences.

The unfortunate demise of Rishi Kapoor’s younger brother Rajiv Kapoor has come as a shock for everyone. While the veteran actor died of a heart attack, several celebs were seen heading to the residence along with the Kapoor stars to pay their condolences to the late actor. Amid this, Alia Bhatt has also arrived at the Kapoor residence to be with her beau Ranbir Kapoor during this difficult time. To note, the Student of The Year actress, who was vacationing in the Maldives with her girl gang, has reportedly cut short her vacation and returned to Mumbai today post this unfortunate demise