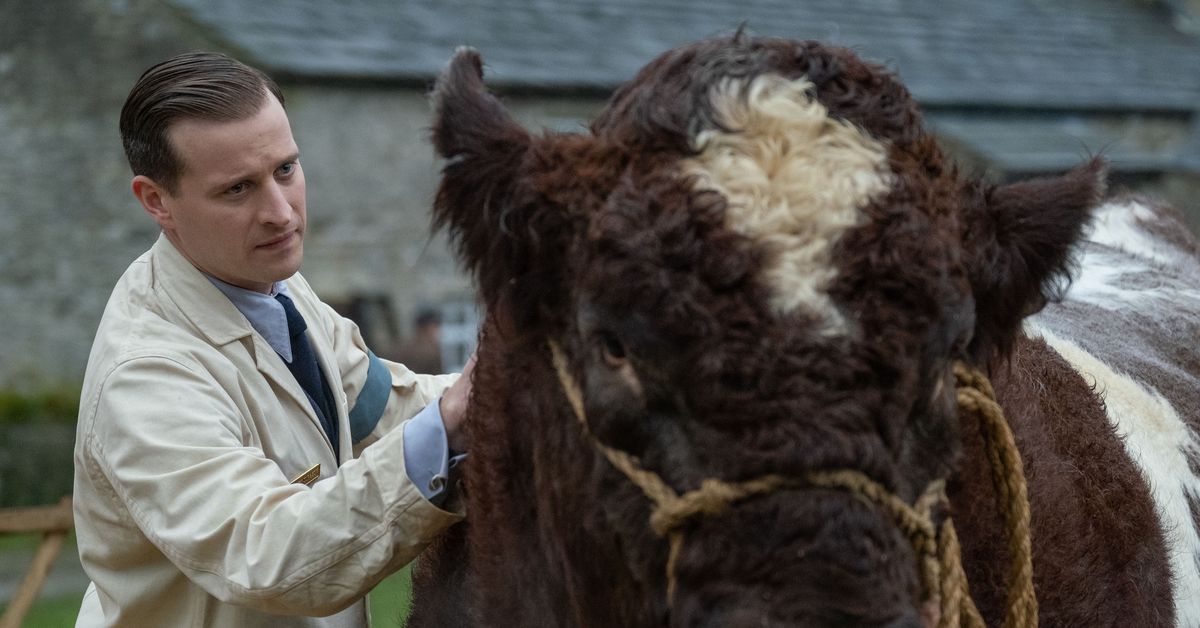 I get it. Comfort food TV has become a balm for a great many people who are stressed out and anxious and sad. At the end of the day, all you might want is a group of characters treating each other with kindness and decency, which just might offer you a tiny smidgen of hope in an era so devoid of it.

I struggle with this sort of programming. I tend to find my solace in stories about horrible people and horrible situations. And while I understand why some people only want to watch warm and happy stuff, I resent the clearly increasing desire for “comfort food TV” being used as a hammer to force every TV show, no matter its shape, into the same hole. (Try googling “comforting TV shows” to see how ubiquitous this idea has become as a listicle.) So many series, no matter how complicated or thorny, have been boiled down to their most immediately GIF-able moments and talked about as machines that generate “awwww!” moments, especially on social media.

Yet I cannot deny the appeal of PBS’s All Creatures Great and Small, a new adaptation of the book series about a young veterinarian in late 1930s rural England. It is comfort food TV right down to its bones, and it is comfort food TV that works, even for a curmudgeon like me.

All Creatures Great and Small is full of heartwarming moments, camaraderie among townspeople, and adorable animals. Its seven-episode first season (which is currently airing Sundays on most PBS stations and streaming on the PBS app) is a soothing delight, but one that doesn’t forget to offer actual dramatic stakes. The events of the show aren’t particularly major — if a cow dies giving birth to her calf, the world will roll on, and even the lives of the characters who are affected will continue without much change. But in the moment where it looks as though that cow is going to die until, no, our protagonist manages to save her while helping a baby calf into the world, the life-or-death struggle underlines the whole story. As with all medical shows, death is just one wrong decision away. But here, since animals are involved, there’s a distancing effect.

Seeing animals that are in pain or dying can be extremely upsetting, of course. But All Creatures Great and Small has a way to alleviate this concern. No matter how much you care about the fictional animal on your screen, the series’ wide-eyed protagonist — James Herriot, played by the largely unknown Nicholas Ralph — cares more. The PBS iteration is the third adaptation of the book series first published in 1970 and written by the very real British country vet James Alfred Wight under the pen name James Herriot. And all adaptations present James as an agreeable chap who has a passion for animals and an endless desire to learn more about how to care for them. So long as James is just as worried about the animal as you are, you can be sure he will do everything in his power to help it.

All Creatures Great and Small is also a story about a small town fumbling its way toward the modern world. An early moment in the series premiere involves James accidentally getting off the bus several miles outside town and finding himself on an empty country road, green fields as far as the eye can see. It’s an idyllic image, and it leads well into the series’ depiction of Darrowby, a tiny farming village in Yorkshire where everybody knows everybody. James has recently arrived to join the neighborhood veterinary practice, and the locals are keen to figure out this new transplant from Glasgow.

I’m also convinced the show’s hour-long running time makes it even more immersive. With a full hour to fill, All Creatures Great and Small can take its time establishing the rhythms of life in Darrowby, especially in the house that James shares with a much more established vet (Samuel West) and that vet’s younger brother (Callum Woodhouse). It feels a little more real to me, a little easier to sink into, because the pacing is so gentle and lived-in.

There are plenty of other reasons to recommend All Creatures Great and Small. The casting is impeccable, from the lead roles (Ralph is a charmer) to the smaller guest spots (Dame Diana Rigg turns up!). The direction creates a lush and beautiful setting. The scripts are meticulously crafted. And the visual design is handsome without becoming overly gaudy, as gaudy just wouldn’t suit these country folk.

All Creatures Great and Small airs Sundays at 9 pm Eastern on most PBS stations. It’s part of the network’s Masterpiece program. Check local listings. You can also watch it on the PBS streaming app, which is available to all US residents.