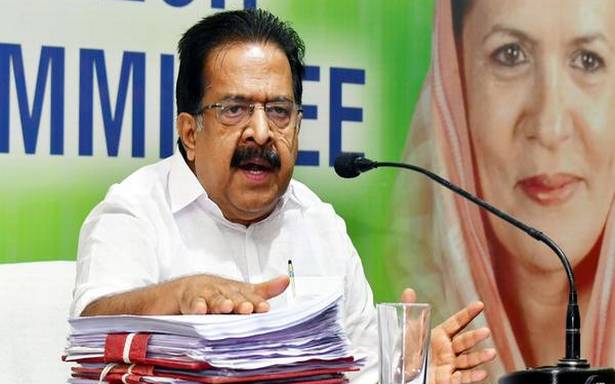 ‘I have handed over details of 4.34 lakh multiple/fake voters to the Election Commission of India,’ says Leader of Opposition in Kerala Assembly.

All details regarding multiple/fake voters in the electoral rolls will be made public on Thursday, Leader of Opposition in Kerala Assembly Ramesh Chennithala has said.

He was speaking to reporters at Haripad on Wednesday.

Earlier on Tuesday, the Election Commission of India (ECI) informed the Kerala High Court that it had been able to identify only 38,586 demographically similar entries from 3,16,671 entries in the electoral rolls in the State.

Terming the ECI findings startling, Mr. Chennithala said that he stood by his claim of rampant fraud in voters’ list. “I have handed over details of 4.34 lakh multiple/fake voters to the ECI. I am not saying anything more as the matter is under the consideration of the court. The Left Democratic Front (LDF) had won the 2020 local body polls in various places with the help of bogus votes. They are trying to repeat it in the Assembly polls too. Bogus voters have been added in all 140 Assembly constituencies in the State with an aim to scuttle the electoral process. All details related to the multiple/fake voters will be made public tomorrow,” he said.

The Leader of the Opposition alleged that the State government had not yet annulled the deep-sea fishing deal. “As to my knowledge, the government has not yet cancelled the original agreement it signed with a U.S.-based firm, EMCC International. The LDF government will implement the deal if it comes back to power,” Mr. Chennithala.