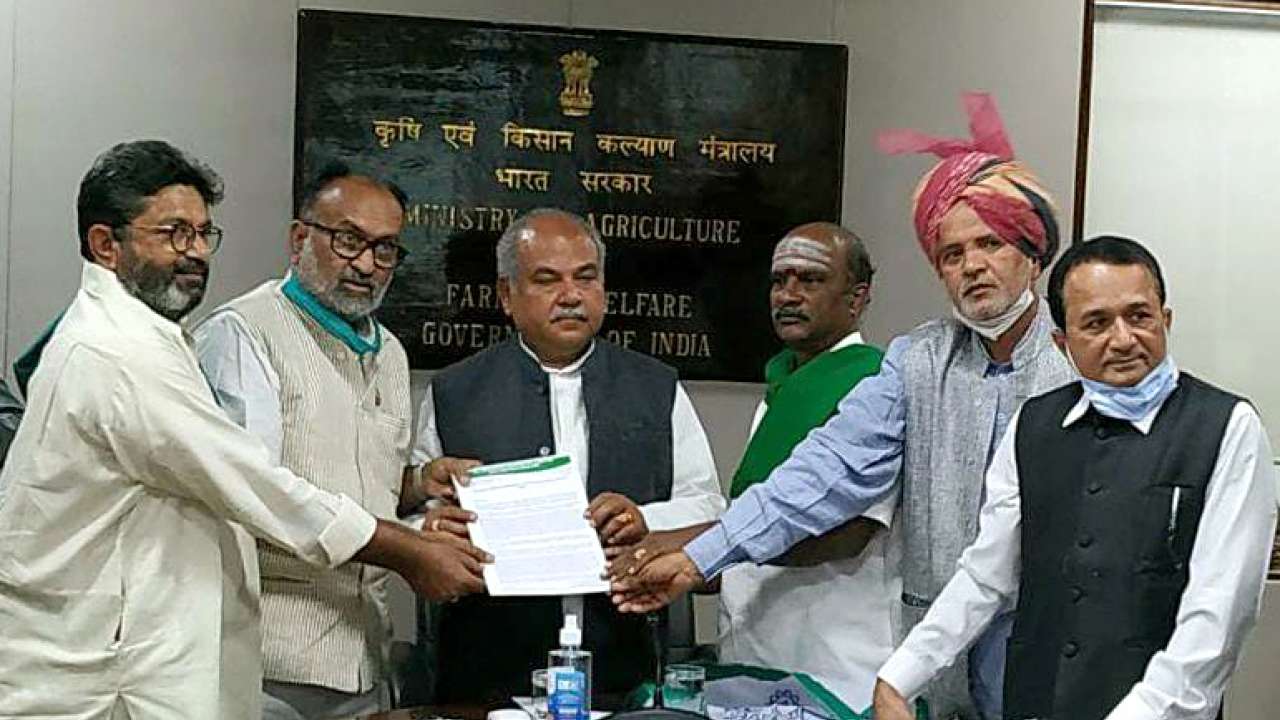 The committee submitted a memorandum to Tomar which said that some elements in the farmers’ agitation in some parts of the country, especially in Delhi, were trying to create misunderstanding among farmers about the farm laws.

“The three laws that have been passed under the leadership of Prime Minister Narendra Modi to liberate India’s agriculture system, we have come forward to support them. We know that some elements in the farmers’ agitation in some parts of the country, specially in Delhi, are trying to create misunderstanding in farmers. The dawn of freedom that is visible after our untiring efforts and long struggle, some elements are trying to create misunderstanding among farmers to turn it into dark night. To fulfil our responsibility towards crores of farmers of the country, we have come from different parts of the country to meet you,” the memorandum said.

“We have come here to show that farmers from different parts of the country are supporting these laws. We have been unhappy and also victims of the old mandi system. We do not want that the same system of exploitation is imposed on farmers under any condition,” it added.

The memorandum urged the government not to withdraw the three laws under the pressure of farmers’ agitation in some parts of the country.

“Because, if it happens, farmers from different parts of the country will be bound to come on the streets for their rights,” it said.

The memorandum also suggested the government to spread awareness about farm laws through campaigns.

It also urged the government to focus on introducing new-age technology in agriculture.

Agriculture Minister Tomar said after the meeting that members of the All India Kisan Coordination Committee had come from Tamil Nadu, Telangana, Maharashtra, and Bihar.

“They supported farm bills and gave us a letter on the same. They said that the Modi government has done this for the welfare of farmers and they welcome and support it,” he said.

Asked about a meeting with the leaders of protesting farmers, Tomar said the government had said it was ready for talks.

“We have said that we are ready for the talks. The government will definitely do it if their (farmer union’s) proposal comes…We want the discussions to be held clause by clause. They will give their opinion on our proposal, we will definitely hold further talks,” he said.

Farmers have been protesting on different borders of the national capital since November 26 against the three newly enacted farm laws – Farmers’ Produce Trade and Commerce (Promotion and Facilitation) Act, 2020, the Farmers (Empowerment and Protection) Agreement on Price Assurance and Farm Services Act, 2020, and the Essential Commodities (Amendment) Act, 2020.